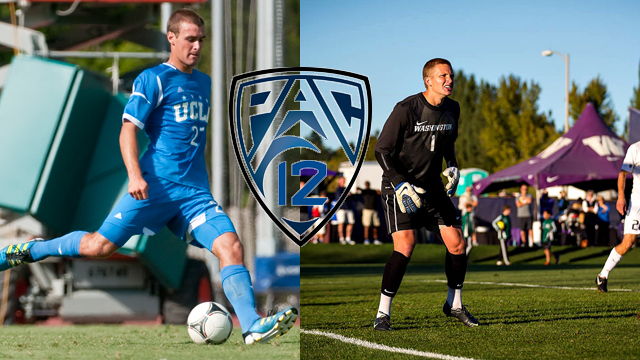 If you’re a fan of a Pac-12 program, there is plenty to be excited for this season. Every team in the conference has something to look forward to, and every program seems to be knocking on the door of achieving something bigger.

While only six teams deep, the Pac-12 still offers a difficult challenge for its participants with only a few NCAA Tournament bids usually up for grab.

This year, the coaches of the conference chose UCLA as the favorites in the preseason vote. The Bruins cruised to the league title last season with five wins from their final six games. Although the Bruins claimed the title with room to spare, it did not look that easy with all victories coming by a single goal margin.

The rest of the league reloaded in the offseason to keep pace with the Bruins. Easier said than done though, as UCLA remains very active in the recruiting trail every season.

Are the stars starting to align for the Bruins?

It feels that way in a sense. Striker Reed Williams is already back on the field after a minor injury over summer that looked like it might keep him out for the opening weekend. Earl Edwards, the former U17 Men’s National Team keeper, appears to be back on track for the starting spot in the net with the Bruins after a solid summer of training. From top to bottom, UCLA looks very strong for 2013. 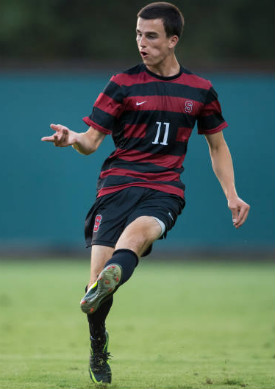 Head coach Jamie Clark enters his third season in charge of the Washington Huskies, which means his roster transformation is nearly complete. While the Huskies were ostracized for the style of play in 2012 (long throw-ins being the main complaint), this fall will be different simply based on personnel.

Freshmen Cristian Roldan is slotted to take over the attacking midfield role. Mason Robertson is also expected to contribute heavily in his debut season in purple. Junior Darwin Jones adds a speedy weapon to the forward line that lacked in the previous seasons.

While UCLA is built with depth, Stanford is built around a couple of stars. Sounders Academy products Aaron Kovar and Jordan Morris make up the best one-two punch in the league.

Not to diminish the other players on the squad either, as Brandon Vincent, Zach Bateer, and JJ Koval have all showed well with the Cardinal in the past.

However, the success of the season rides on Morris and Kovar’s production in the attack. If head coach Jeremy Gunn and his group are going to contend in the Pac-12 this fall, Morris will need a Freshman of the Year-type season.

The big news for the Golden Bears is the return of Steve Birnbaum to the field after losing his senior season in 2012 to injury. His veteran leadership will be a big help to a defense that let in 28 goals last year including six in the season finale against Stanford.

In the attack, Stefano Bonomo is set for a big year. The striker should have ample opportunity to find the back of the net with a solid midfield group behind him.

There are ten seniors on the Aztecs roster in 2013. That is a veteran heavy group headed for a Pac-12 season that should be competitively in each and every game. If the Aztecs stay healthy, they could be the sleeper pick for the conference this fall.

Blake Wise and Kevin Bick are highly thought of by coaches around the conference. Anthony Gooch has had some positive moments during his time with San Diego State. The talent is there for the Aztecs to surprise some of the opposition this season.

Striker Khiry Shelton started last season on fire with goals in the squad’s first three games, but then he cooled off down the final stretch of the season. Injuries played a part in the lack of production, but Shelton and the Beavers cannot afford another season when he goes from hot to cold.

This does not all fall on the forward either. The midfield play lacked at times last year, and did not provide many opportunities in the attacking third. With some new additions this season, Shelton and the attack should have a better shot at keeping the attack clicking throughout the season.