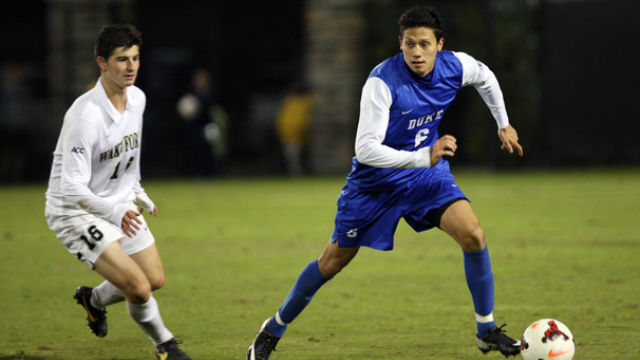 Last season was an outstanding campaign for Bobby Clark and company, as the long-time Division I head coach led his bunch to a national title, topping Maryland in the title game. The team lost its main man Harrison Shipp, who has been doing more of the same to MLS defenses for long stretches of the season, though the Irish have plenty left in the tank. Midfielder Nick Besler anchors the team in the middle of the park, while Patrick Hodan is an exciting attacking option who got better and better last season. A large chunk of an experienced back line along with goalkeeper Patrick Wall also returns, while the one question perhaps remains who will be their main scoring threat up front, if they even need one. 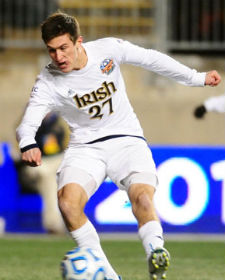 After a solid 2013 campaign, the Demon Deacons lost a slew of talent to homegrown signings (Jalen Robinson, Sean Okoli) and to the MLS Draft (Jared Watts) that leave holes to fill for this season. A strong recruiting crop joins the team, and it’ll be a young side including sophomores Ian Harkes and Jacori Hayes, both who have plenty of potential. It’ll be a big year for junior Michael Gamble, another player with talent who has yet to truly flourish in the Division I ranks.

Goal scoring was troublesome last season for the Tar Heels, the one obstacle preventing the Tar Heels from making a deep NCAA tournament run. Robbie Lovejoy and Andy Craven are now both healthy and ready for one last go at an ACC title. Add in a recruiting class that included U.S. U17 MNT attacker Alan Winn and the goals should start to flow a bit more this season. When you’ve got a defense led by Boyd Okwuonu and Jonathan Campbell, the Tar Heels could end up becoming the team to beat in the ACC.

Replacing First Team All ACC midfielder Tommy McNamara is the critical issue facing the Tigers this season, as he was involved in either scoring or setting up half their goal output last season. That’s not to say the Tigers don’t return enough to continue improvement in the ACC, as Manolo Sanchez and Phanuel Kavita will be key pieces at both ends of the field, while others like TJ Casner and Bobby Belair need to have significant impacts.

Coming off a College Cup appearance last season, the Cavaliers peaked at the right time in the NCAA tournament. A lot of key contributors are back, including midfield general Eric Bird, who enters his fourth year, and forward Darius Madison, the team’s second-leading scorer in 2013 behind Bird. Second-year attacker Riggs Lennon could be a big piece to this year’s success if he can contribute even more offensively after scoring five goals in only six starts last year.

The upcoming season is one of great intrigue for the Blue Devils, who seem to underachieve annually, despite continuing to bring in top recruits on a year-to-year basis. This season is no different, with a 13-player freshmen class highlighted by forward Jeremy Ebobisse Ebolo, the U18 top scorer in the 2013-14 Development Academy season, and all-action attacker Brian White from PDA. The youth complements the experience of Sean Davis, one of the nation’s best midfielders, a healthy Nick Palodichuk and sophomore forward Brody Huitema. With the ACC lacking a clear favorite outside of the Irish, this could be the chance Duke needs to re-establish itself amongst the contenders.

Last season’s story was the emergence of Zeiko Lewis, and quite frankly, not much else for the Eagles, which failed to really compliment the Caribbean attacker, as no one on the BC roster scored more than four goals on the year. This year, Lewis will be a known commodity for other teams to focus on, which will surely open up chances for players like Cole DeNormandie and Derrick Boateng to convert scoring opportunities up front. The recruiting class head coach Ed Kelly signed is an interesting mix of domestic and foreign talent that will need to contribute as well.

Perhaps slightly unlucky to miss out on an NCAA tournament spot last year, the Wolfpack nabbed a quality recruiting crop (including Conor Donovan, Matias Fracchia and Caleb Duvernay) that should provide a nice impact, and join up with a mix of returning players like Reed Norton, Nick Surkamp, Michael Bajza and Travis Wannemuehler. Is that going to be enough to launch the team into contention? On paper, it looks good.

Another program full of intriguing talent, the Orange had its share of bumps on its first season in the ACC, winning just three times after running the table in the non-conference portion of the schedule. Goalkeeper Alex Bono is one of the nation’s best, while promising freshmen last season like Chris Nanco, Alex Halis and Emil Ekblom all return after strong debut campaigns. Syracuse is a team full of breakout potential.

With an incoming recruiting class of 13 joining this upcoming season, 2014 is likely to be mostly a rebuilding campaign once again for the Hokies. Nine players on the roster hail from overseas, a continuing trend for Tech.

Scoring just 13 goals last season and conceding 26, Pittsburgh was shut out 11 times in 16 games, scoring nine of their goals in one game. Winning at least one game on its ACC slate seems like a realistic target for a program in building mode.

The loss of Maryland to the Big Ten should sting much less thanks to the impending arrival of Louisville to the ACC, a quality program in its own right, which is also opening a brand new soccer specific stadium this week. Head coach Ken Lolla brings back a number of quality players, including Ricardo Velazco, Will Vitalis, Andrew Brody and Romilio Hernandez. Transfer Shane Campbell bolsters the defensive corps after joining from Penn State, while the incoming freshman crop includes Jack Gayton and Papy Diouf, both who should see minutes this season.