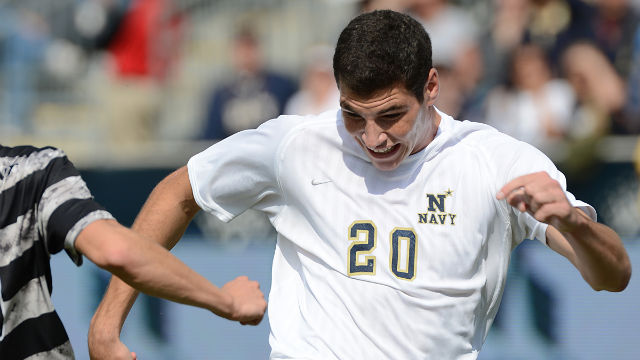 Last fall, UMBC dominated the regular season in and out of its conference, thanks to the forward play of Pete Caringi III and attacking flank play of Kadeem Dacres. That pair won’t return, though defender Oumar Ballo is a top pro prospect and will anchor the back line. Caringi supplied a significant chunk of the offense last season and he’ll need to be replace, one of the big questions UMBC has to address in order to remain at the top. 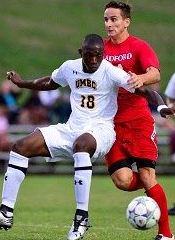 Can Vermont vault itself into the group of contenders this season? Midfielder Charlie DeFeo returns after earning America East First Team honors in 2013, while Second Team forward Brian Wright is also here after a strong freshman season.

The rest of the conference is seeking to trigger improvement, as Albany, Binghamton, Stony Brook and Massachusetts-Lowell drifted out of regular season competition. Stony Brook could be the best pick out of the group to jump into the upper half of the conference, as they bring back eight starters form last year, including second team All Conference selection Martin Giordano.

Last fall was a breakout campaign for Navy, which rattled off a 15 straight wins, including an NCAA tournament victory against VCU to go with Patriot League regular season and conference crowns. Head coach Dave Brandt has transformed the program, and this fall gets the chance to show that the team can sustain success. While the team lost a significant amount of senior talent from a year ago, center backs Derek Vogel and Joseph Greenspan return, while Patriot League Offensive Player of the Year Jamie Dubyoski leads the attack. If the new talent steps up and contributes, the Midshipmen will be as dangerous as ever.

After graduating just one player off last year’s roster, Army looks like a team ready to give Navy a fight until the season’s end. Lead in goal by Winston Boldt, an All American and Patriot League Goalkeeper of the Year, Army’s defensive effort is sure to lead the way once again. Also back are Tanner Vosvick, Justin Kim and Sean Morgan.

Finalists in the 2013 Patriot League Conference tournament, Holy Cross was the other surprise story. While a significant portion of the team now graduated, the team does welcome back defender Luke Melody, forward Joey DeVivo and goalkeeper Kevin Wright.

Bucknell is another contender, buoyed by the offensive exploits of Jesse Klug and Chris Thorsheim, who combined to score 16 goals for the Bison. Is that enough to vault them into the top of the standings?

Also bringing back a decent contingent of experienced players is American. The nation’s capital-based program will rely on the leadership and experience of midfielder Stephen Hauschild, while defender Conor Osborne will lead the team’s defensive effort.

Boston University had its share of ups and downs in its first season in the Patriot League in 2013, eventually fell short of the conference tournament and is one of a handful of programs aiming to enjoy a bounce back season. Loyola (MD) has a new head coach after Steve Nichols took over the program earlier this year. A longtime success in the club circuit, he’ll look to turnaround the stories program that struggled last fall.