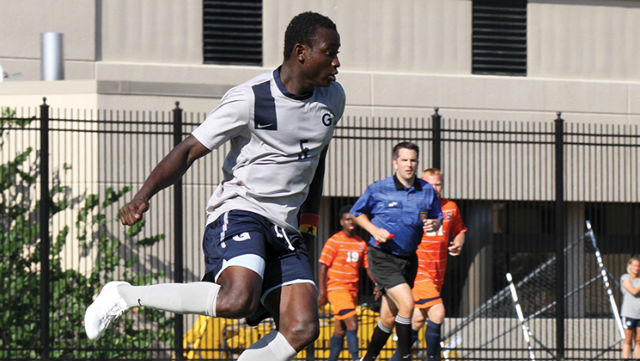 While key figures Steve Neumann and Joey Dillon both graduated, there are plenty of reasons to like the Hoyas again in 2014. Joshua Yaro and Cole Seiler form an effective center back partnership that should thrive once again, Brandon Allen and Alex Muyl spearhead the attack, while sophomore Brett Campbell looks poised to help replace Neumann’s production. A freshmen crop that includes Red Bull Academy standouts Arun Basuljevic and Christopher Lema, Georgetown might be a deeper team top to bottom this season than ever before. 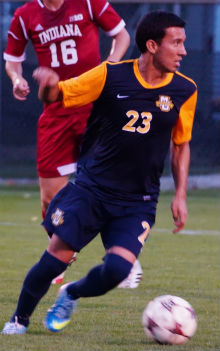 Like the Hoyas, Marquette lost a key midfield piece (Bryan Ciesiulka), but also return significant talent. That includes defender Axel Sjoberg who stymies attacks while also a threat on set pieces with his 6-foot-7 frame, dynamic attacker C. Nortey, who can play the killer pass as well as finish opportunities, not to mention goalkeeper Charlie Lyon, a sure-handed presence in between the posts. Sophomores Coco Navarro and Louis Bennett II also add elements to the offense for a team that will be very good again in 2014.

An NCAA tournament berth punctuated a breakout season for the Friars a year ago, and the program looks to take a step forward in 2014. Last season’s success came from the play of Julian Gressel, along with the Machado brothers, Fabio and Dominik. Improving defensively is a key this season after conceding 27 goals in 2013.

One of last season’s top finishers tasked with the replacement of influential figures, Nick Hagglund and Will Walker, Xavier does return Walker to the attack. Replacing Hagglund, a commanding center back who at times has contributed to Toronto FC’s success this year, is the bigger test, as much of last year’s solid finish boiled down to a stout defense that conceded only 19 goals in 19 games.

It was an up-and-down campaign for the Bluejays in their first season in the Big East, as a brutal schedule that prepped for an MVC campaign nearly cost Creighton an NCAA tournament spot. But the squad snuck in, and brings back quality like Timo Pitter and Jose Ribas that will lead a talented team. Forward Ricky Lopez-Espin looks poised to do some damage up front as a freshman, and if he can grab goals in bunches it bodes well.

Conference Rookie of the Year David Goldsmith looks for an encore effort after bagging 12 goals in 2013, though he’ll surely be playing with a target on his back this season. Goldsmith could open up more space for Zach Steinberger to boost his goal total and push Butler up the standings.

For the first time since 1990, the Red Storm missed out on the Big East postseason, coming up short at the tail end of the campaign. Defender Tim Parker leads the rebound effort, though the key to success will be in the final third. The team lost Sean Sepe to transfer, and will need a breakout campaign from someone like Daniel Herrera to improve.

Three of the team’s top two leading scorers are back from last year, with Chris Hill and Padraic McCullaugh both returning. Sean Sheridan enjoyed a strong summer with the New York Red Bulls U23s in the NPSL, and will look to make that translate into success in the Big East. More is needed offensively, as the team scored just 21 goals last season.

A strong crop of seniors provides experience for the Pirates this season, led by NPSL top scorer Victor Manosalvas and preseason sensation Kai Greene. Sophomore Samuel Geiler is also back after leading the team in goals last season, and will look to build on that tally.

Top scorer Art Garza returns, but the performance in the Big East has to be a lot better for DePaul, after losing seven out of nine games in conference in 2013. The team managed just six goals in Big East play in that stretch while conceding 24 goals in that same stretch.