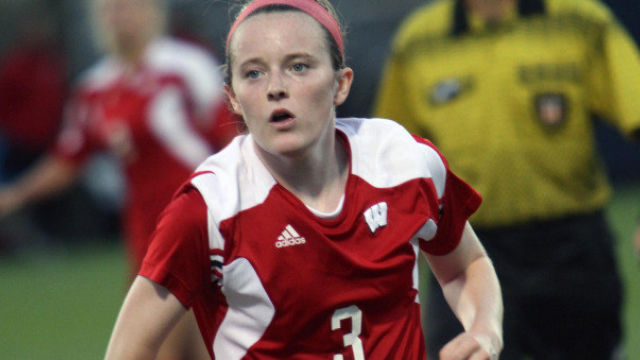 It was a big year for the Big Ten in 2013, as a number of programs enjoyed historic seasons, none more impressive than defending champions Nebraska. This season, there's a new look to the league with the additions of Maryland and Rutgers. Can those two shake up the landscape in the upcoming Big Ten women’s soccer season?

It was an incredible season for the Cornhuskers a year ago, winning the Big Ten conference regular season and tournament titles. Fueled by the mixture of experienced cogs like Jordan Jackson and Ari Romero, Nebraska felled almost all opponents in their path. With that duo among several departures, head coach John Walker has his work cut out for him to keep his side near the team. The good news is that dynamic goal scorer Jaycie Johnson and her 17 goals are back, along with Mayme Conroy, who scored 11 on the year. If that attacking pair can come close to producing in the same capacity, it bodes well for another successful season. 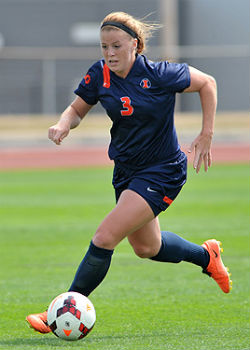 Another team in similar position to Nebraska entering the upcoming season, the Wolverines enjoyed a stellar season on the back of a high quality senior class that included forward Nkem Ezurike, and defender Shelina Zardosky. Retooling and rebuilding could end up being the theme this season for head coach Greg Ryan. He’s added a solid recruiting class, and can lean on sophomores Madisson Lewis and Nicky Waldeck to make an impact this season.

At the end of the 2013 regular season, the Nittany Lions found themselves in an unusual spot: not in first. An impressive streak of 15 straight Big Ten regular season titles came to an end, as the team’s defense struggled at times, conceding 30 goals in 23 games. This year’s group is going to look a little bit different with the graduation of stalwart Maya Hayes, but head coach Erica Walsh has brought in a banner crop of recruits that earned the second spot in the TopDrawerSoccer.com recruiting rankings. Senior Whitney Church leads the team’s back line, while midfielder Raquel Rodriguez’s influence on the team’s attack becomes even more important. There won’t be a lack of goal scoring options as Mallory Weber offers a consistent option up front. Talented freshmen who could make an impact includes U.S. U18 WNT midfielder Emily Ogle, forward Elizabeth Ball, midfielder Katy Keen and defender Maddie Elliston. Walsh won’t be short on options, either of the young or experience variety.

Last season, under first-year head coach Amy Berbary, the Hoosiers clinched spots in the Big Ten conference and NCAA tournament for the first time since 2007. Two big pieces to that success was Lisa Nouanesengsy and Rebecca Candler, who both graduated at the end of the season. Tory Keller, Abby Smith and Veronica Ellis bolster the midfield and lend credence to the suggestion that the Hoosiers won’t slip up too far this season.

A new head coach is in place for the Buckeyes, as Division II success story Dave Dilanni was tabbed as Ron Rainey’s replacement in May, after the latter left the Big Ten for Dartmouth. Dilani has some interesting pieces back in place for the upcoming season, including the senior trio of Melanie Pickert, Cloe Lacasse and Caitlin Brown, who provide experience and quality all over the field. One other interesting name to watch is freshman Rose Ripslinger, who joins Iowa after earning Iowa Gatorade State Player of the Year award four years in a row.

Looking for a program to step forward and have a season like Nebraska and Michigan from a year ago? The Badgers are a prime candidate, with one of the best blends of talent and experience in the conference. It starts at both ends of the field, as senior forward Cara Walls and goalkeeper Genevieve Richard provide quality options at their respective positions. Add in two top talents from both sides of the border in Rose Lavelle and Kinley McNicoll (who played for the U.S. and Canadian U20 national teams respectively at this month's World Cup) and it’s a recipe for success in 2014.

A sensational breakout campaign from Jannelle Flaws where she bagged 23 goals in 23 games paved the way for the Illini’s success in 2013, as they progressed to the third round of the NCAA tournament. What she does for an encore is fascinating, as flaws entered last year with three career goals in total, battling through a pair of knee injuries prior to that. Her ability to continue scoring near that rate is certain to play a large role in any success that Illinois is to have in the upcoming season, especially after the graduation of midfielder Vanessa DiBernardo.

A big part of last season’s offense was Canadian youth international Nichelle Prince, and save for the first couple weeks of the season when she’s on U20 World Cup duty, the dynamic attacker is a critical piece to Ohio State’s season. Kayla Varner, entering her second season after transferring to the Buckeyes, is another big piece in the final third, while goalkeeper Jillian McVicker looks to solidify herself in a starting role.

Goalkeeper Tarah Hobbs was one of the big stories of the Big Ten last season, garnering Goalkeeper of the Year honors as a freshman. Making 122 stops in 18 games, Hobbs was a big reason that the Gophers were able to make it to the NCAA tournament. If Minnesota wants to maintain or improve on last season, scoring more goals is crucial, as they bagged just 27 while conceding 26 in 21 games. Katie Thyken and Josee Stiver are two options looking to lead an offensive breakout. 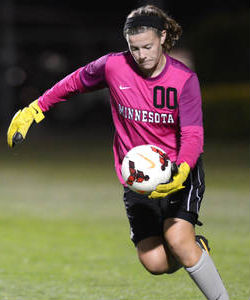 A decent goal output in 2013 was marred by defensive woes, as the Boilermakers conceded 43 times. Sophmore Maddy Williams returns after a 10-goal campaign, while seniors Mollie Kuramoto and Alex Hairston should make significant contributions during their final campaign.

There’s significant room for improvement for the Wildcats this year, fresh off a one-win season in the Big Ten in 2013. Scoring goals was a big issue last season, as Northwestern was blanked seven times. Forwards Michelle Manning and Maria Fayeulle join this fall as freshmen, and will look to help the team gain ground in the scoring department, while experience returners Niki Sebo, Margo McGinty and Jackie Alyinovich were named to the Preseason Watch List.

What do the coaches of the Big Ten think of conference newcomers Maryland? Well the former ACC program was tipped to finish third in preseason polling behind Penn State and Wisconsin in their first season in a new league. In order to do so, they’ll need to find a way to replace the offensive output of Hayley Brock and Ashley Spivey, as the former is in the pros and latter transferred to UCF. Cory Ryan could be a candidate, as the senior forward is ready to hit the ground running. Goalkeeper Rachelle Beanlands has slowly but surely improved over the past couple of seasons and is poised for another solid season, while midfielder Aubrey Baker will look to anchor the Terps in the center of the park.

The other new program in the Big Ten brings back top goal scorer Stefanie Scholz, who bagged 10 goals in 2013, along with Erica Skroski and Madison Tiernan. Associate head coach Mike O’Neill has taken over as head coach after the retirement of long-time head coach Glenn Crooks in July.