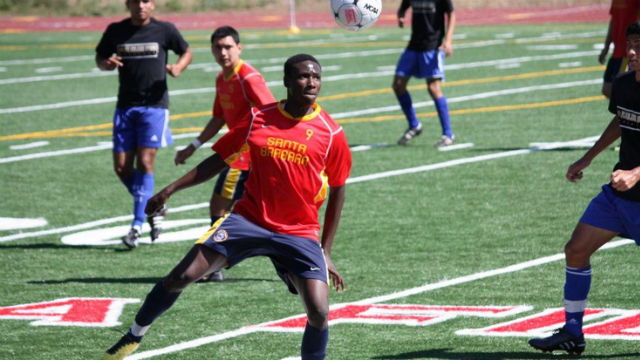 The men’s college season is right around the corner, which means the 2014 top 20 recruiting rankings TopDrawerSoccer.com left open in February are ready to be tied off. Here’s a glimpse at how the rankings shifted via the various national moves from February through August.

UCLA’s class was dealt a savage blow in the spring when No. 2 overall recruit John Requejo Jr. reneged on his commitment and signed with Mexican outfit Xolos. That knocked the gem of the class out from under the Bruins, but it’s a testament to the incredible depth in this class that it wasn’t enough to kick them from their perch at No. 1. The fact that Larry Ndjock has already scored in the preseason won’t hurt.

No news is good news for the Wolverines, who were able to sit on the best class in program history over the offseason without incident. The real strength in this class is in its versatility. There are four players with U.S. YNT experience (Louro, Kohl, Selemani and Stevens), and there’s everything from keepers to forwards here. The Wolverines set themselves up to rule the Big 10 with this class.

Our first upward movement comes from the Blue Devils, who hopped up two spots thanks to their immense, talented class. Duke’s freshman haul swelled from nine confirmed on signing day to 13 by the start of the season with the confirmations of Kevon Black, Macario Hing-Glover, Markus Fjortoft and Simen Omholt-Jensen. The latter two have impressive youth resumes in Norway, while Black has experience in the Canadian YNT setup and Hing-Glover was most recently with the Earthquakes academy.