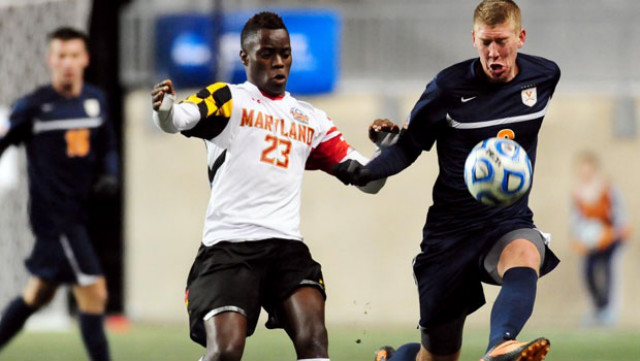 Every year, college stars make the jump into MLS via the SuperDraft. A small portion of those depart school early, bypassing final years of eligibility for a Generation adidas contract.

The league has signed seven players to GA deals heading into this year's draft season. The program also alters the player’s value, because his salary doesn’t count against the team’s salary cap as long as he remains a member of Generation adidas. 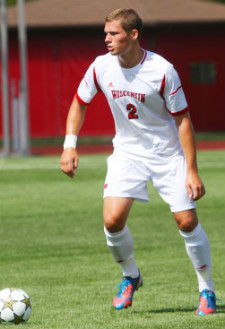 The group coming out for the 2014 SuperDraft isn’t of the same caliber of past years, that saw talents like Andrew Farrell, Perry Kitchen, Darlington Nagbe -- to name a few -- join the league. There is every reason to believe that a number of these players won’t receive significant minutes in 2014, as most are fairly raw. The senior class has a few players that should be able to jump in and help right away, while the GA players may need a couple of seasons of pro seasoning.

Here’s what you need to know about each player of this year’s group:

Blake is the star of this class even though some of the teams at the top of the draft are not in search of a goalkeeper. He is a tremendous shot-stopper as well as an athletic keeper capable of snaring a cross at nearly any height.

The knock on Blake in the past had been his mental mistakes on seemingly easy balls, but he cleaned that up in 2013 and played an excellent season for Connecticut in net. The lack of saves is a reflection of a good defense in front of him as well as his ability to nip problems early before they turned into shots.

The 2013 Big Ten Defensive Player of the Year, Cochran is a big boy, listed at 6-foot-3 and 195 pounds. He may not have the same kind of athleticism as Dean, but he’s obviously great in the air, keeps things simple and is decent enough on the ball. How he copes with the step up in game speed is likely to dictate his success, as he could be beat by quicker, veteran attackers on the turn.

Similar to Dean, he’s also a left footed center back who will need some time to develop. At the right team and with a veteran center back beside him, he could blossom into a starter a year or two down the road.

Dean was recruited out of club soccer as a left winger. Three years later, he leaves Cal as a center back. From left back to center back, the former U20 MNT player has slowly transitioned into the player that MLS teams have lined up for with this draft.

His physical presence will jump off the film, but he is not as good in the air as many would anticipate. Dean does strike a clean ball especially from set pieces, but his decision-making is questionable especially under pressure. Ideally, Dean enters a team that can give him more time to learn the position and develop as a player in his first few years in the league.

The lone midfielder in this year’s GA class, Hairston thrived this past season in Ken Lolla’s possession-oriented approach to the game. He’s tidy and clean with the ball at his feet, isn’t afraid of doing ball-winning dirty work and playing defense, and at 6-foot, 157 pounds, should be able to shoulder a challenge or two in the middle of the park in MLS.

He’ll need time to bed in like his peers, and a lot could come down to where he ends up, as coaches will need to find his right spot on the field and be patient with him. Has the talent and mentality to succeed, though it’ll take a couple of years.

Something of a surprising addition to the GA class, Lowe is a Jamaican U20 international whose father Onandi played in MLS for the Kansas City Wizards back in 2001. Another center back with good size (listed at 6-foot-3, 175 pounds), Lowe seems to be another project. He excelled in his stint last summer in the USL PDL with Reading United, earning a nod in the league’s Best XI in 2013. And he was instrumental in helping Hartford’s turnaround into a contender in the American East, captaining his team on the way to a 13-4-4 record.

A tough, athletic and hard working defender, it’ll be interesting to see if he ends up being targeted in the draft by the Philadelphia Union, Reading’s pro affiliate that should know him very well. Regardless, he likely won’t be vying for a starting role right away.

Miller briefly featured as a center back with the U.S. U20 MNT last summer, which put him up against some professionals and exposed some of the shortcomings in his game. He is a bit slow in recognizing runs and has some trouble defending in space.

At the next level, he will likely need to anchor down at the right back spot to have a good shot at making an immediate impact. Miller has the technical ability to play at that level, but his tactical acumen will be tested early.

After a somewhat lackluster campaign in 2013, Tshuma got an offer he couldn’t refuse and left Maryland after his sophomore season. He burst onto the scene in 2012, scoring 10 goals his freshman year. There’s a lot to like about his game -- he has speed and athleticism that will help him make the transition, and his finishing is solid. However, he’s still raw in numerous aspects of his game, and he was never very consistent in his two seasons in College Park. He’ll likely struggle against bigger, stronger and swifter defenses in MLS especially if he plays up front.

A team picking him might be try to put him out on the wing this season, provided he can put in the defensive effort required and works on his crossing. But unless he raises his game right away, he’ll probably need the most time from the players in this group to adapt to the pro game.