When the new Big East was created last year – the American Athletic Conference splintered off to create a new conference – it altered the landscape for a few women’s soccer programs.

Last fall, Georgetown and Marquette stood a head higher than the rest of the new Big East. And while other programs are there lurking, waiting to make an impression in the coming years, the two programs also add some promising talent for this year’s recruiting. 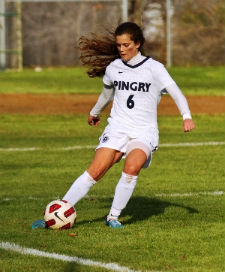 The Indiana program sticks to the territory that it likely knows best: Michigan, Ohio and reaching out to the Mid-Atlantic states for its incoming group of talent. Help along the back line is an obvious theme, with a goalkeeper and four defenders set to join.

Only a small class is reported at the moment as the Bluejays aim to take another step forward in the Big East this coming year. Summer Khalil is a local product who will look to make an impression at the Omaha institution.

The Chicago-based school managed to lure a trio of recruits from local club teams: midfielders Alexa Ben, Jessica Schmidt and goalkeeper Lauren Frasca. They did look beyond nearby players, landing the verbal commitment of No. 112-ranked Kassandra Cerda from Nevada. Defender Elizabeth Endy joins after a standout high school career in Minnesota.