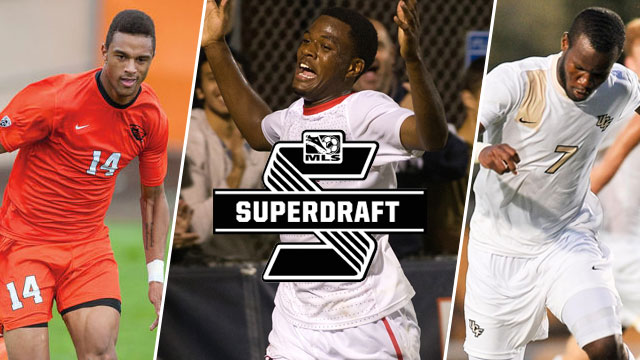 It’s MLS Draft week here on TopDrawerSoccer.com, as the stars of college soccer aim to take their talents to the pro ranks here in the United States.

This year’s crop of forwards isn’t the strongest, despite the presence of two Generation adidas forwards, and the top ranked prospect in the draft, Canadian forward Cyle Larin.

Below is a ranking and scouting report of the top 15 strikers who will be available at Thursday’s draft.

The powerfully built Canadian form is an MLS scouts dream: he has the size, touch and physical ability to cope with the physicality of the league and comes after putting up a good strike rate in two years at UConn. He’ll likely end up as a top two pick in the league and could see some minutes towards the end of the season should he come into the right environment that lets him continue his development.