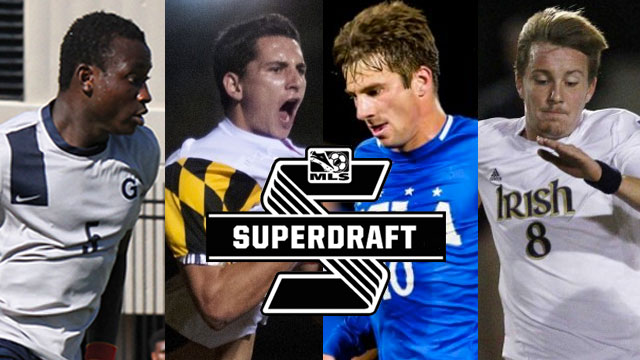 It's not too long until the 2015 MLS SuperDraft.

And as college soccer standouts prepare to make the jump to the next level, the NCAA tournament begins Thursday, a final chance for those still alive to impress pro scouts. Below is the first Big Board for next January's draft.

In the first edition of the Big Board, we've included players with ties to MLS Academies, a handful who could or should be signed as homegrowns players before the draft, in order to compare their talent to the rest of the player pool (Jordan Morris will not be in the draft). Those players are noted with the (^) symbol, while those with asteriks are our recommendations to sign Generation adidas deals. As players sign homegrown deals, turn down GA offers or head abroad, they will be removed from future updates.