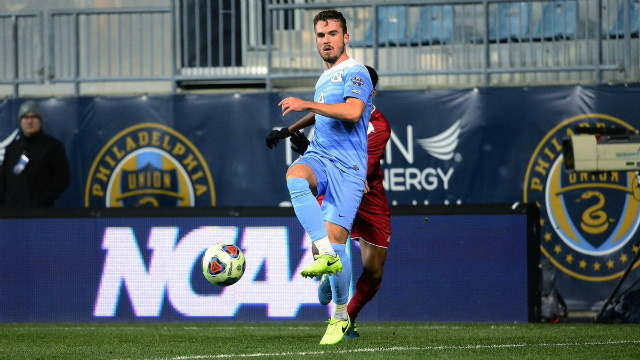 The professional churn aimed at college teams have left its mark on the ACC, as significant talent departed programs, both with the graduating class and early to Homegrown and Generation adidas contracts. Save for freshman of the year Manny Perez, the individual award winners don’t return, leaving the door open for the new season.

Perhaps best poised to top the ACC is North Carolina. While Cam Lindley left early to sign a Homegrown contract with the MLS, the Tar Heels return plenty. Forward Nils Bruening and midfielder Drew Murphy are both healthy and can at least bring in experience from the bench. There’s strength in the spine, whether it’s Mauricio Pineda, Alex Comsia or incoming transfer Matthew Constant. Rising junior Jelani Pieters has the potential to be a breakout player, while Alex Rose barely saw the field last fall. UNC looks primed to not only contend for conference honors, but also a national championship.

Head coach Bobby Muuss has done a sensational job at Wake Forest since taking over from Jay Vidovich. While a national title has eluded the Demon Deacons, the program has made the NCAA quarterfinals in all four years during his time in Winston-Salem. This year could be his trickiest yet. The team lost significant players, though should have enough between incoming recruits and returnees to be dangerous, though 2018 might not be as dominant from the start. Defender Sam Raben is a key at back, along with Brad Dunwell in central midfield. Making up for the graduation of Jon Bakero is a huge task when it comes to the offensive output. Justin McMaster looks up for it in preseason, while freshmen like Isaiah Parente, Kyle Holcomb and John (Holland) Rula should get significant run.

Buoyed by a tremendous senior class, Duke returned to the NCAA tournament. Now, the program needs to re-tool quickly to repeat the success of last fall. Sophomore goalkeeper Will Pulisic is significant, as his experience and ability in goal can help paper over the cracks early on. Incoming transfers Sivert Daehlie and Kevin Feucht are both talented and provided they can adjust quickly in the ACC it’ll go a long way.

Transfers should go a long way in keeping Louisville near the top of the conference. Lamine Conte and Kino Ryosuke are two incoming pieces that could be impact players along with rising senior Tate Schmitt. Forward Haji Abdikadir is the newcomer to watch.

Virginia has significant work to do ahead of the 2018 season. Jean-Christophe Koffi left school early, joining Edward Opoku and Raheem Taylor-Parkes to leave early. Sergi Nus is returning from an ACL injury, leaving a gap at the back until September. Look for Justin Ingram to play a bigger role in the midfield after limited run a year ago.

If there’s one side that could rise into a contender, look no further than Clemson. A talented roster welcomes transfer Jonny Sutherland in goal, back-stopping a group that already includes defenders Tanner Dieterich and Patrick Bunk-Anderson. Like many of its other counterparts, the Tigers need to find goals, after losing 22 goals from last fall’s team.

The news that longtime college coach Bobby Clark was stepping down from Notre Dame was one of the offseason’s biggest talking points. New man Chad Riley takes over, a Notre Dame alumnus that played for Clark and moved from Dartmouth. It makes them a huge wild card for the upcoming season. Along with the coaching change, the Irish lost 21 goals and nine assists from last year’s squad with the departure of Jon Gallagher and Jeff Farina. Filling that gap is critical for Riley’s side to improve on last year’s finish.

The arrival of George Kiefer and a new staff jolted NC State to life last year, sneaking into the NCAA tournament. The impact of freshmen on the 2017 squad can’t be understated, as players like Manny Perez, Brad Sweeney, David Loera and David Norris slotted in right away and helped the team compete in the ACC. Those players are all back, so expect to see a much-improved Wolfpack side this season.

Virginia Tech is another program replacing a wealth of experience. Ten seniors moved on, including goalkeeper Ben Lundgaard. The Hokies made it into the NCAA tournament, despite finishing with a 10-10 record and conceding 10 more goals than they scored. Icelandic defender Jon Ingason has the most experience from last year’s team among the returners.

Another struggling side in 2017, Boston College revamped its roster with 13 newcomers in hopes of fielding a more competitive team. There are seven seniors on the team that will look to mesh with the new faces, while leading scorers Simon Enstrom and Callum Johnson.

A momentous season for Pittsburgh last season would’ve culminated with an NCAA tournament return if not for an end-of-season swoon that took the team below .500. Thirteen players are back from last year’s team, including midfielder Javi Perez and forwards Edward Kizza and Alexander Dexter. There’s an argument to be made that the pair are two of the best attackers in the league with so much unproven. Incoming transfers Peter Prescott and Shane Wiedt bring College Cup experience to the back line as well. Expect to see the Panthers continue to get even better under Jay Vidovich.

It was a rare poor campaign for Syracuse, which finished 2017 with an 0-6-2 record in ACC play. A rare bright spot was Tajon Buchanan, who excelled as a freshman. While the record is notable from a season ago, it’s important to point out that the Orange lost every single game by one goal. They were only shutout three times and didn’t lose a huge amount from last year. With a pickup in fortune and a few tweaks here and there, Syracuse should be a much more formidable side this season.