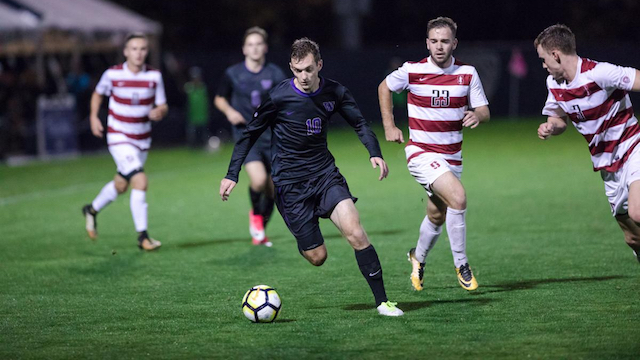 The Pac-12 has been Stanford’s conference since the arrival of Jeremy Gunn in Palo Alto. The Cardinal way has been dominant, but there is a small chance that could change this season. A number of the key players from Stanford’s three consecutive NCAA title winning squads have graduated. The rest of the conference is hoping to catch up this season.

What to know: There is a massive turnover in the roster for the Cardinal this season. Stanford graduated a number of the key players from the run to the three consecutive NCAA championships and four-straight Pac-12 titles. Even with a bunch of new faces, Stanford will still enter the season as the favorite in the conference. Head coach Jeremy Gunn’s pursuit of excellence has translated into quality depth on the squad. Logan Panchot is the main player to watch, but Charlie Wehan could be the star of the season given the opportunity available to him now.

What to know: The Bears signed eight players to the 2018 recruiting class, but only seven ended up on campus as forward Sebastian Soto inked a contract with Hannover in Germany this month. It’s still a very good recruiting class for the Bears with key contributors at nearly every position.

What to know: The Huskies placed three players on the Pac-12 preseason watch list, seniors Quentin Pearson and Kyle Coffee along with sophomore Blake Bodily. The two veterans should help lead a young, talented group to a high finish in conference. Bodily was a star as a freshman. If he can avoid the sophomore slump, the Huskies will make some noise on the national scene.

What to know: Last season was a disappointment for the Bruins. The good news is that a new season kicks off season and the past can be easily erased with the christening of a new stadium and a wave of fresh faces on the squad. Junior college transfer Mohammed Kamara is the one expected to contribute immediately.

What to know: New head coach Terry Boss brought in 14 new players for the 2018 season. There is really no way to know how this season will go for the Beavers. New head coach, crazy amount of recruits and transfers, but it should be an interesting season for a program that has been stagnant recently.

What to know: The Aztecs, like the Beavers, brought in 14 newcomers this season. It’s going to take some time for that new bunch to blend with the holdovers. If the Aztecs can get the right mix between old and new, they could surprise some teams in the Pac-12.