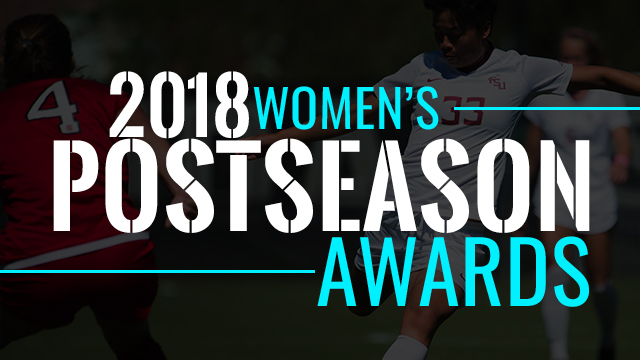 The Women’s Division I season is well in the books, after Florida State’s triumph over a week ago in Cary, N.C.

College coaches were back on the recruiting trail shortly thereafter, on the lookout for future college stars at the Girls Development Academy Winter Showcase. But before jumping into upcoming seasons, it’s apt to look back at 2018 one more time.

For the second straight season, a Stanford standout is the TopDrawerSoccer Player of the Year. Catarina Macario edged the field, scoring some of the best goals in the college season, leading the Cardinal to a one-loss season. While her numbers weren’t quite as gaudy as her sensational freshman season (where she was named TDS Freshman of the Year), Macario’s game-changing ability and highlight-reel goals help her edge players like Ashley Sanchez, Bunny Shaw and Jessie Fleming, to name just a few.

The 2018 national champions are represented in the other two individual awards. Freshman midfielder Yujie Zhao’s key presence in midfield for Florida State. She appeared in 26 of FSU’s 27 games, scoring seven goals and setting up five others as she made the adjustment to the women’s college season. Rounding out the individual awards, FSU head coach Mark Krikorian brings home Coach of the Year. Krikorian and his staff guided the Seminoles to the ACC tournament championship, and beat USC, Penn State, Stanford and North Carolina on the way to the program’s second national championship.