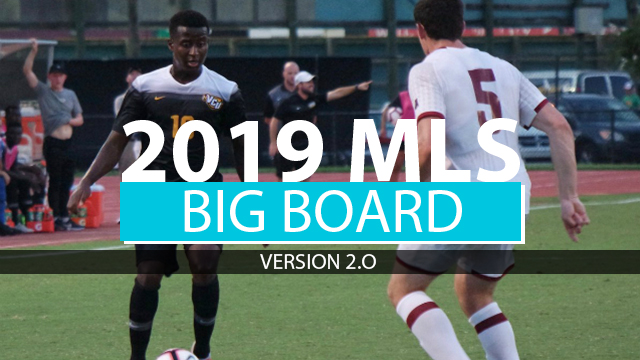 The 2019 edition of the MLS Combine begins this week, with games starting on January 4. It's one final chance for 2019 MLS Draft hopefuls to surge their chances of landing a tryout in an ideal spot around the league.

Seven players have signed Generation adidas deals ahead of the combine: Siad Haji, Tajon Buchanan, Frankie Amaya, JJ Williams, John Nelson, Griffin Dorsey and Dayne St. Clair left college eligibility on the table to turn pro (denoted with an * in the rankings below).

Factoring in those seven players, below is the latest Big Board, projecting the top prospects available in the MLS Draft set for January 11.