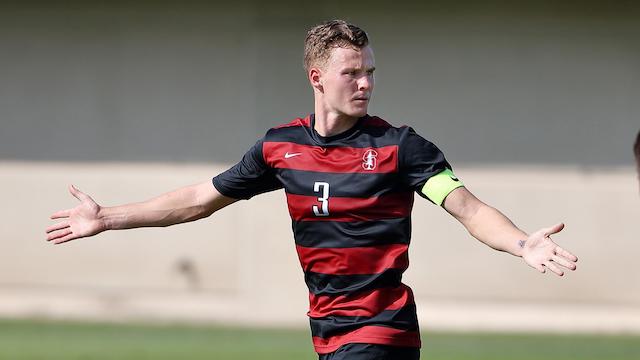 The Pac-12 had a tumultuous offseason, but the reigning champions kept much the same. Stanford leads the way into 2019 after another conference crown last year. The Cardinal is the preseason favorite in the Conference of Champions.

Will anyone challenge them for a spot at the top of the standings?

After winning three NCAA Division I National Championships in a row from 2015-2017, the Stanford Cardinal firmly plated the flag as the marquee program in college soccer for this decade. Stanford came up short of making it four in a row in 2018 after losing to Akron in the quarterfinal last November. The reigning Pac-12 Champion is considered one of the preseason favorites in 2019. Tanner Beason, the returning Pac-12 Player of Year, is back for his final season. He will lead one of the top defensive units in college soccer. Sophomore goalkeeper Andrew Thomas, a recent call-up to the U.S. U23 Men’s National Team, finished last season third in NCAA Division I for save percentage. Jared Gilbey, Zach Ryan, Logan Panchot, and Charlie Wehan are all back with Stanford after earning all-conference honors in 2018. Amir Bashti is the lone all-conference honoree from 2018 not back this fall with Stanford. It’s a strong returning group with a big influx of talent as well. Gatorade Player of the Year Ousseni Bouda is one to watch. The team will need to lean on the experience early in the season though with games against Akron, UC Irvine, and Denver within the first two weeks of the season.

Nine starters from last season’s squad return to Corvallis. The Beavers are really depending on running it back this season with no true freshman on the roster for the 2019 season as of publication. Sofiane Djeffal, the returning Pac-12 Freshman of the Year, is back for his sophomore campaign. Terry Boss was very successful in his debut season in charge of the Beavers. The spotlight will be on his squad in 2019, as Boss’ coaching status is starting to shoot up the ranks with appearances on the bench for the U.S. Men’s National Team as the goalkeeper coach. His squad will need to be sharp from the first game. Oregon State scheduled four home games in a row to kick off the 2019. The Beavers cannot afford to drop points from any of those games.

The good news for the Huskies is that they return three players who earned a spot on one of the all conference teams in 2018. The bad news is they lost four players who were on the all conference teams in 2018. Blake Bodily is the top returner. The junior midfielder earned a spot on the First Team Pac-12 after scoring two goals and recording four assists. Ethan Bartlow and Dylan Teves, both sophomores, earned spots on the Pac-12 Third Team in 2018. Road games against Michigan State and Michigan highlight the early out-of-conference schedule.

It’s been a chaotic offseason for UCLA. Former head coach Jorge Salcedo resigned in March after being indicted by a federal grand jury for conspiracy to commit racketeering. Salcedo pled not guilty to the charges on March 25, and has another court date in October. Back in Westwood, UCLA hired former Pacific head coach Ryan Jorden as the new head coach for UCLA. He inherits a roster with quite a bit of talent but they have sorely underachieved in recent years. Jorden’s Pacific teams were best described as the opposite. He has a reputation for getting the most out of his players. Jorden does not have much time to ease into things. UCLA plays Indiana, Maryland, and Georgetown within the first week.

Alonzo del Mundo has had a strong preseason for the Bears with a goal and two assists in two games. The San Jose Earthquakes Academy forward started every game last season and could be a key player for Cal this season, as they look to replace Shinya Kadono’s production from 2018. JJ Foe Nuphaus, Ian Lonergan, Simon Lekressner, and Christopher Grey are among the top returners in minutes played last season.

Freshman Hunter George nabbed a goal in the preseason opener for the Aztecs. George could be in line for plenty of opportunities if Pablo Pelaez runs the show in the midfield and Tristan Weber finds success on the wing. A Top 10 recruiting class needs to mesh quickly and adapt in order for SDSU to improve this season.