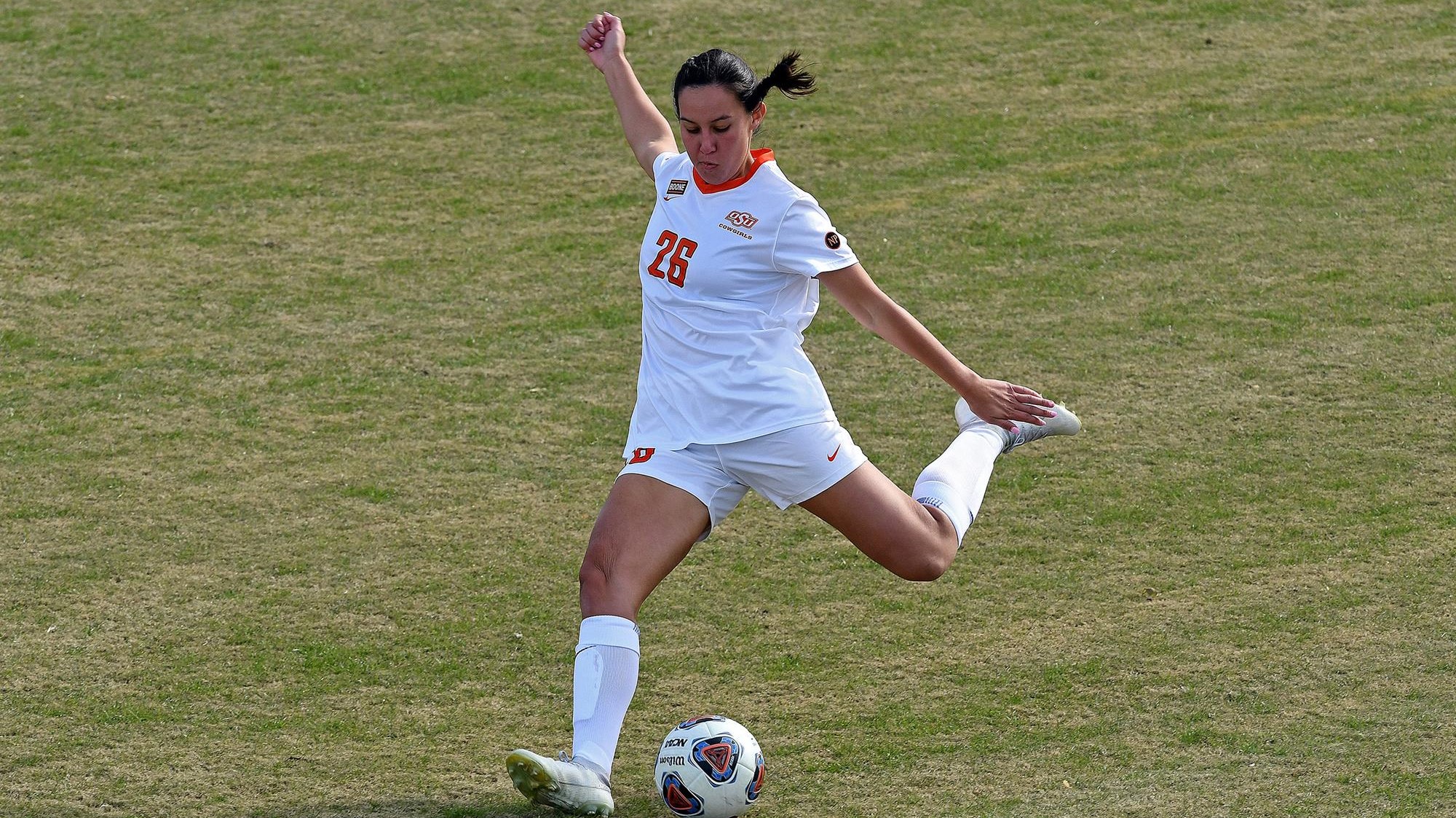 One of the few conferences soldiering on for a fall season, the Big 12 is playing a conference-only schedule for the fall. Action kicks off this weekend on September 11 and conclude on November 6. Details about a conference championship have yet to be confirmed publicly.

It was a sensational 2019 for the Cowgirls, which bring back key players such as Kim Rodriguez, Grace Yochum and Olyvia Dowell. Yochum had her season cut short due to injury last fall, and if she can hit the same kind of form she did, OSU could repeat as regular season champions.

Barring a huge shock, there’s a clear one-two dynamic at the top of the Big 12, at least on paper. The only question for the Red Raiders is if they can find the kind of consistency to challenge for that number one spot. They have the returning weapons, whether it’s goalkeeper Madison White, defender Cassandra Hiatt or forward Kirsten Davis. The latter had a strong year, earning Offensive Player of the Year in 2019.

While it’s tempting to get carried away and highly promote the 2021 class heading to Texas, the Longhorns will look to improve in the upcoming campaign. The pandemic could mean that Canadian internationals Julia Grosso and Emma Regan shouldn’t miss time for international duty. Finding more goals will be one of the keys, as they’ll look for Haley Berg to finish her college career off in style.

The Mountaineers’ longtime dominance of the Big 12 came to an end last year, and with a young team once again, aiming for a top three finish is reasonable. Alina Stahl is back after leading the team with eight goals, while Canadian youth national team player Julianne Vallerand should be a crucial piece after missing a big chunk of 2019. An extremely young back line returns, including standout players such as Gabby Robinson and Jordan Brewster. Improving in that department will be the focus, despite the fact that West Virginia will need a new starting goalkeeper after Rylee Foster’s graduation.

Replacing the production, experience and leadership of all-time program greats Addisyn Merrick and Katie McClure will be crucial for the Jayhawks to punch towards the top of the standings. English midfielder Ceri Holland will be key in that, as she hit eight goals and added six assists last fall.

The Horned Frogs are one of college soccer’s most underrated programs, shaped into a regular NCAA tournament side Eric Bell. The returning firepower is going to give them the goals needed to be potential conference contenders, with Gracie Brian, Messiah Bright and Yazmeen Ryan combining for 28 of the team’s 39 goals in 2019. Repeating that effort, combined with a defensive improvement, is going to dictate their success.

After a couple of deep tournament runs, the Bears came down to earth a bit last fall, missing out on the NCAA tournament. A huge influx of 14 freshmen means that competing for the regular season title could be out of reach. Rising senior midfielder Ally Henderson will be one of the team’s most experienced leaders, along with goalkeeper Jennifer Wandt, who has started in 65 games.

Former U.S. youth national team coach Mark Carr takes over at the Sooners. The retooling process begins during a season that will look like none other. Carr’s done well with the recruiting class, adding the transfer of youth international Sakura Yoshida.

Starting a Division I program from scratch is no small feat, so the upcoming truncated season will be about continued improvement for Kansas State entering its fifth year. Improving a defensive record that conceded 37 times last fall is a good starting point. Up front, Brookelynn Entz enters her senior season and will once again fire the attack.

New head coach Matt Fannon enters his first season with the Cyclones, which have plenty of room for improvement after nine losses in nine conference games last year. Courtney Powell, who led the team in goal-scoring last year, can be counted among the key returners. However, it will be a new slate with the head coach, who brought success to Bowling Green before taking over at the Big 12 program.