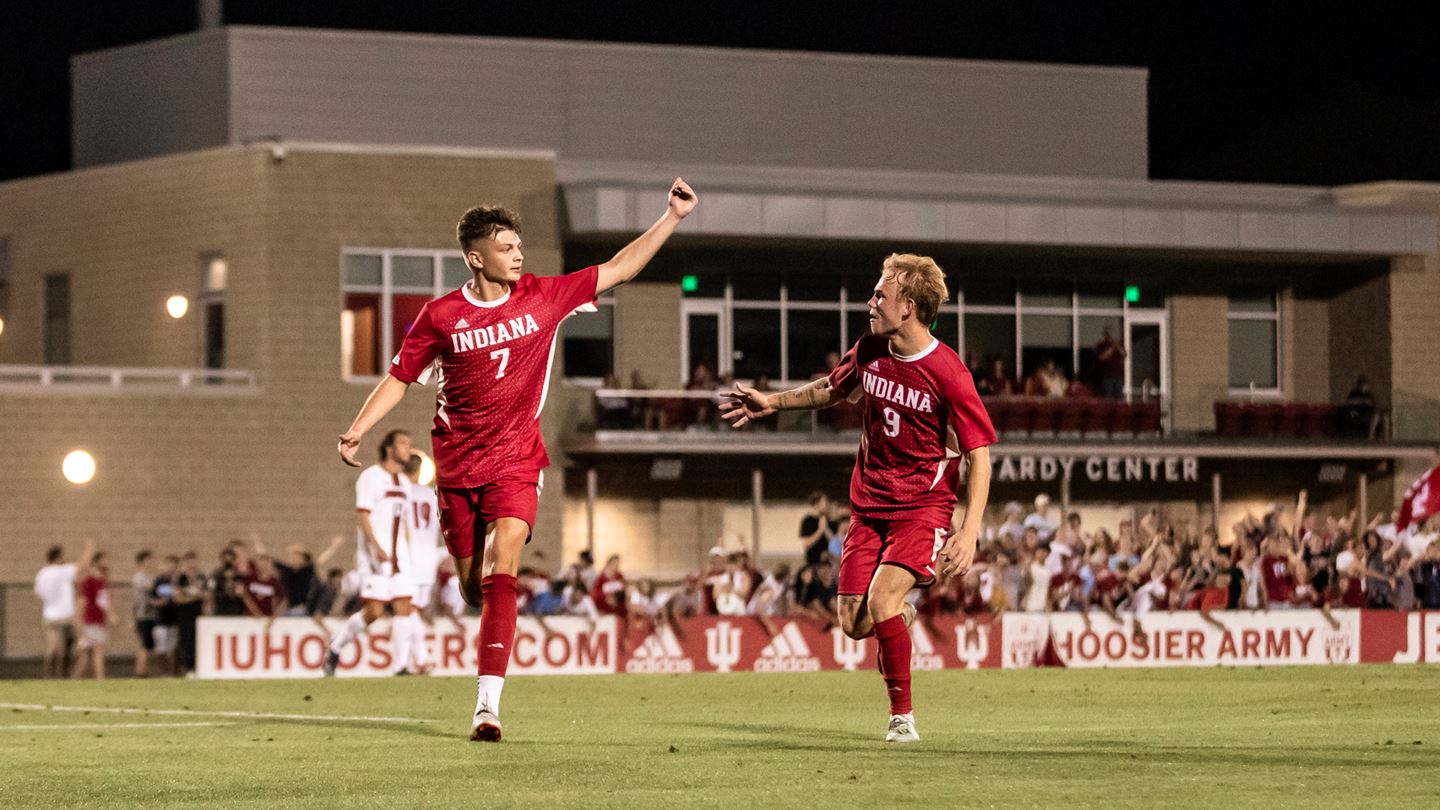 Indiana’s dominance of the Big Ten men’s soccer standings continued this past spring, as the Hoosiers won a third straight regular season and conference title. While IU enters as clear favorite, several programs have the talent and experience to cause problems. Penn State, Michigan and Maryland are all bringing back top-tier talent, and look the most likely to give the Hoosiers problems.

The runners up in the spring season, the Hoosiers are close to running it back with the team that lost to Marshall. Victor Bezerra leads the line once again, Spencer Glass opted to take his final season of eligibility, while Daniel Munie anchors the team in front of Roman Celentano. If anything, with Tommy Mihalic and Sam Sarver adding options in the attack, the Hoosiers are even deeper for the fall and contenders for honors in both the conference and nationally.

If there’s one side that could potentially close down on Indiana, the Nittany Lions come to mind. Brandon Hackenberg also elected to play one more year, while the health of Liam Butts is going to be important. Daniel Bloyou’s emergence in the spring added to the team’s depth, as he was very good after transferring in from Old Dominion. There is depth and experience in State College for Jeff Cook to really mount a challenge to Indiana’s conference dominance.

There’s a long list of players returning, which should have the Wolverines in frame for a strong season. Joel Harrison, Owen Finnerty, Mohammed Zakyi, Marc Ybarra and Umar Farouk Osman are back. Sophomores Bryce Blevins and Quin Rogers provide quality on the younger side, as Michigan looks to return to the NCAA tournament after missing out in the spring.

The Terps have a solid enough group on paper that has the upside to be in the conversation to challenge Indiana. Figuring out the right attacking combination will be something longtime head coach Sasho Cirovski seeks to do early on. Between incoming transfer Hunter George, returnees like Benjamin Bender, Jacen Russell-Rowe, and freshmen Caden Stafford and Josh Bolma, he’ll have plenty of options.

Head coach Jim McElderry has done a good job at building Rutgers back up, and he’ll look to take another step forward in the spring. It’s been a combination of recruiting locally and internationally that’s boosted the program. Oren Asher, Pablo Avila and Ritchie Barry and bring experience from the latter to the group, while Jackson Temple has shown his quality in his two previous seasons.

Since making the College Cup in 2018, it’s been two seasons of struggle for the typically solid Spartans. There’s talent on this roster, including forward Farai Mutatu. If the team stays healthy, things could be looking up in the fall campaign.

A younger group in Columbus showed signs of life in the spring, with Deylen Vellios and Laurence Wootton looking excellent as freshmen. The latter can really kick on and establish himself as one of the top players in the conference. The Buckeyes also brought in a solid recruiting class and will look to continue making strides towards the top.

Head coach Russell Payne takes over in Evanston. The program struggled in Tim Lenahan’s final season but the cupboard is far from bare. Losing Ugochukwu Achara on a transfer to Louisville is a blow, but if Payne finds a way to get the most out of Vincente Castro and Jose Del Valle, it will be a huge help.

Getting Andrew Akindele fit and on the field is a huge key for Wisconsin this season, as he scored three times in seven games in the spring. Improving a defense that conceded 22 goals in 10 games is another must for the Badgers. There’s talent alongside Akindele, as Tim Bielic has looked good since arriving in Madison – when he’s also healthy.