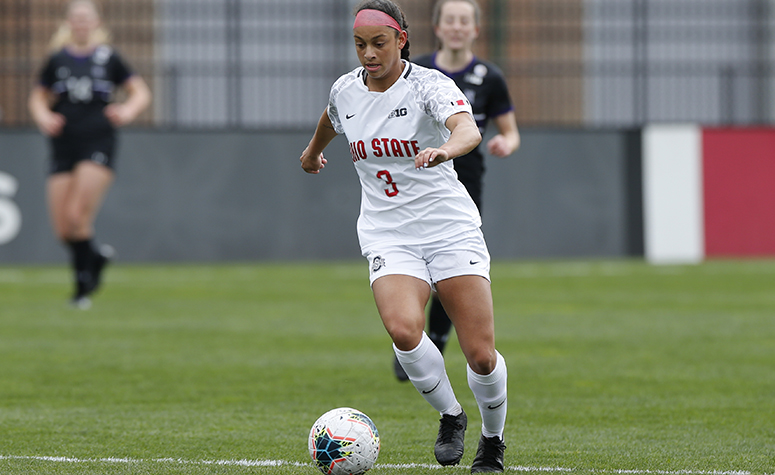 A new Big Ten season gets rolling next week, with programs looking forward to the full season. Catch up with everything to know from the league ahead of the 2021 campaign.

Competing and winning in conference play is something that the Nittany Lions have on lockdown (at least in most seasons). Their coaching staff wants to be elite and compete for a national championship, as they’ve done in the past. Look no further than their matchup against Florida State, where they were outshot 32-2 in the Third Round of the NCAA tournament. Elevating to that upper tier of programs while also excelling in an ever-improving Big Ten is the task at hand. This season sees Sam Coffey back for her final year of eligibility, as well as Kerry Abello. Ally Schlegel leads the line after an excellent season. Penn State looks like they will be good, the only question is if they can improve enough to emerge as College Cup contenders.

The shortened season featured substantial improvement for the Buckeyes, bouncing back in a big way after a tough 2019. They made the NCAA tournament, before losing in the second round to eventual champions Santa Clara. Peyton McNamara excelled in her first season, while Emma Sears and Kayla Fischer provided the offense. Ten of 11 starters are back along with the top four leading goal scorers, while the recruiting class features the goal-scoring maestro Kailyn Dudukovich. If she is able to hit the ground running, it bodes well for the Buckeyes to challenge Penn State.

One of the most intriguing moves this summer came with the new of Frankie Tagliaferri returning home for her final season of eligibility. Playing for her former club coaches (most of Rutgers’ staff coached Tagliaferri at PDA), she’ll have the chance to put the finishing touches on a very solid career. Amirah Ali also returns, providing an outlet for Tagliaferri’s passing. Defensively, goalkeeper Meagan McClelland is back, while Emily Mason should be among the freshman contributors in the fall campaign. If the balance between attack and defense is right, then Rutgers can certainly be among the contenders as they have been of late.

Another team that is tough to break down, the return of Jordyn Bloomer in the Badger goal should continue that trend in the fall season. Getting enough goals will be the critical piece for Wisconsin to threaten for the top spot. Emma Jaskaniec led the team with four goals in the spring season, and is back for the fall. A big year from Cameron Murtha could go a long way in aiding to the attack.

Continued improvement continues for the Hoosier women’s soccer program under head coach Erwin van Bennekom. An air-tight defense laid the foundation for the spring success, conceding just 11 goals from 12 games. Anna Aehling and Oliwa Wos are both back after earning Second Team All-Big Ten honors. If IU is able to get more dangerous in the final third, the Hoosiers can continue to move up the standings.

It was a solid, mid-table spring season for the Illini, as they were similar to Indiana in both record and statistical performance: hard to score on, but not lighting it up in the final third either. Can they move forwards or will it be a static season? Kendra Pasquale, Makena Silber and Joanna Verzosa-Dolezal are among the returning players, as all three picked up All-Big Ten honors in the spring. Incoming transfer Sydney Stephens could be a sneak good addition to add more to the attack.

COVID issues ended Michigan’s run at the Big Ten tournament, and few teams in the conference returned players for a fifth season. Sarah Stratigakis, Hillary Beall, Alia Martin and Nicolette Hernandez all opted to play again in the fall, providing depth and experience that should vault them towards the top of the Big Ten standings. At minimum, the team should be eyeing a deep postseason run in both the conference and NCAA tournament.

Erin Chastain has returned to Minnesota after Stefanie Golan was hired away by Missouri. The Gophers scrapped their way to a solid 5-4-3 record, scoring just seven times in 12 games. Replacing Katelyn Duong’s presence in the program – she joined Stanford on transfer – is a big ask. But the team’s defensive foundation gives Chastain something to build from as she steers the Gophers in her first season.

Regan Steigleder leads the returning players from the spring, which also includes Hallie Pearson, Olivia Stone and sophomore Josie Aulicino. The Wildcats were solid during the short campaign, and like others in the middle of the table, will be looking for that new spark or tweak to climb closer towards the top.

The Boilermakers bring back All-Big Ten honorees Sarah Griffith and Grace Walsh. They are in a similar boat as other teams clumped together: searching for something to improve on. Purdue was tough to break down, but couldn’t score a lot of goals either, averaging under one per game. Keep the tight defense and improve in the final third – which could

The room for improvement tier starts here, as the Cornhuskers scored six goals and conceded 16 in the spring. It’s an extremely young roster, with 20 freshmen and sophomores looking to make an impression.

After the regular season, it looked like the spring was one to forget for Iowa. Heading into the Big Ten tournament, the Hawkeyes had a 2-8-1 record. However, the team caught fire, freshman Meike Ingles hit her stride, and the team won all four Big Ten tournament games to make the tournament. They went on to defeat Campbell, and then nearly had the upset locked up against UCLA – a pair of late Bruin goals sent Iowa home. Building off all that late season progress makes Iowa a very interesting team to watch. Did they catch lightning in the bottle or are they capable of contending?

Jeff Hosler was hired from Grand Valley State to take over the program. After leading that school to tremendous success in DII, it will be fascinating to see what year one looks like.

Considering the pandemic, it would be unfair to hold spring results against a coach or program. Head coach Ray Leone, who was hired in 2016, led the program to nine wins in 2019, with his tenure in College Park on track. But the spring didn’t go well, with an 0-10-1 record. Several of the leaders from that squad remain – the 2021 roster has six graduate students on it that all saw major minutes that season. The program can get back in a groove in non-conference games, while aiming to take that momentum into the Big Ten schedule.