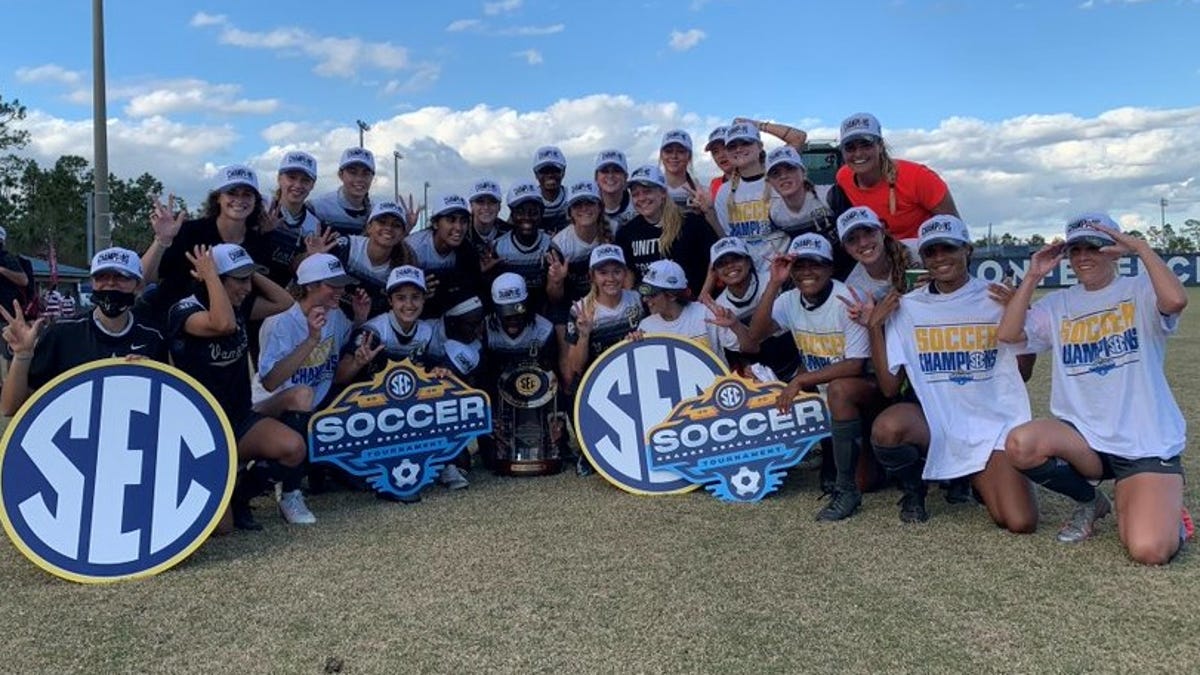 One of the few conferences to play through last fall, the SEC featured plenty of quality once again. South Carolina won the East and Arkansas won the West, and it doesn’t appear that any kind of drastic powershift is underway. However, Vanderbilt did string together a dream run in the SEC tournament in the fall to earn the conference’s auto bid.

A total of five teams made the NCAA tournament, and there is a long list of returning players that are running it back for a final season of eligibility. The race for the crown is going to be tough, even for the perennial powers. A storied coach stepped down. There’s plenty to watch as the team looks to replace

At this point it’s difficult to consider the Gamecocks anything but a perennial contender in the SEC. The team’s defense always seems to be good, no matter who is on the roster. Jyllisssa Harris did a great job dropping into the back line in the spring after Anna Patten departed. The team’s attack could be even better this season, as Catherine Barry is joined by Payton Patrick and Lily Render from the freshman class. Lauren Chang’s return for her final season is a big boost as well.

Perhaps a touch unlucky not to have snuck into an at-large bid, the Volunteers will look to put that disappointment into motivation this year. Jaida Thomas was huge as a freshman, while Lindsey Romig is one of the most underrated goalkeepers in the nation. They’ll need to avoid slip ups against non-conference opponents and a healthy Brooke Wilson, who missed 2020-21 with an injury.

Missouri native Stefanie Golan was tabbed as the head coach, returning home to revive the program after struggling the past few seasons. The 2020-21 campaign was actually a step forward, the team’s first winning record since 2016, which also coincides with the final appearance in the NCAA tournament. Senior forward Julissa Cisneros is among the team’s key returners, though the main focus will be on the changes Golan brings from the start.

After making the tournament last season and putting together a solid run, the Commodores have plenty to build off. They did bring in a Top 20 recruiting class, including Solar SC midfield stalwart Quinn Cornog. The departure of Haley Hopkins, who will use her final eligibility as a grad student at Virginia means the team needs to find a final third contributor that occupy opposing center backs.

Can the Bulldogs finally make it back into the postseason conversation? The experience of returning defensive players like Cecily Stoute, Emory Wegener and Kayla Bruster could all significantly factor into the chances of Georgia climbing the standings.

In four seasons at Kentucky, head coach Ian Carry has a 6-28-4 mark in the SEC. That’s got to put some kind of pressure on him heading into the new campaign, especially as Jordyn Rhodes and Hannah Richardson have shown the ability to score goals in DI soccer. An 11-player recruiting class was announced last week, with four players joining from abroad. A strong start in the non-conference schedule would certainly help boost the team and jolt the confidence

New head coach Tony Amato has his work cut out for him as he replaces the legendary Becky Burleigh. It will be a season to rebuild and retool as Amato implements his own style with the coaching staff, and results are going to be fascinating to watch. Madison Alexander back is going to help the offense.

Arguably the favorites to win the West and compete for the conference tournament title, the Razorbacks run it back with several key seniors returning. That includes Kayla McKeon, Parker Goins and Haley VanFossen. Add Anna Podojil to the forward line and it’s a group that will be difficult to beat and have ambitions both in the conference and nationally.

A two-team race is likely to develop in the West Division, with the Aggies bringing back several talented players. Karlina Sample provides a defensive anchor at the back, while Barbara Olivieri helped make the offense tick as a freshman. Newcomer Makhiya McDonald should provide a nice compliment. Arkansas may have the slight edge in experience, but Texas A&M’s quality on paper will keep them in the race.

It’s been two solid seasons under head coach James Armstrong, as Mississippi State has an 14-12-6 in his time there. This season will be intriguing to see if they progress forward, tread water or perhaps even take a step back. While the team didn’t pull in many individual awards, they have brought back several players that enjoyed solid seasons. The two top scorers, Onyi Echegini and Monigo Karnley, are back on the roster. Goalkeeper Maddy Anderson was excellent in her first season as well.

Another young squad, the Tigers were another program just on the outside looking in when it came to an at-large bid. They bring back both experience in the form of fifth-year senior Alyssa Malonson and young talent with goalkeeper Maddie Prohaska and Anna Haddock. The spring season went well in particular, posting a 6-1-1 record. There’s momentum there for Auburn to potentially challenge the top two programs in the west.

After struggling in the fall season, LSU also did well in the second half of the campaign, posting a 6-1-1 record. Head coach Sian Hudson has been aggressive in the transfer market, bringing in South Alabama stars Brenna McPartlan and Tilly Wilkes. That duo gets to prove their quality in a bigger conference, and LSU could certainly benefit if things go well this fall.

With two of the best players in the conference in the form of forward Channing Foster and goalkeeper Ashley Orkus, the Rebels should have a shot at returning to the NCAA tournament. Nearly the entire starting lineup returns, offering much more than a two-player team. Improving in SEC play is going to be a focus for the Rebels.

Internal improvements could go a long way in leading the Tide up the tail. Getting more results in league play are the obvious starting point as well, with several key contributors back. That includes Reyna Reyes, one of the top players in the conference, and leading scorer Felicia Knox. A tough non-conference schedule is lined up, including matchups against Florida State and TCU to help Alabama prepare and improve.