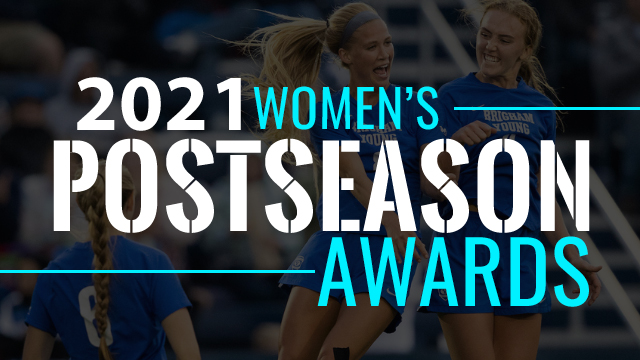 The 2021 women’s Division I season wrapped up last week, with Florida State finishing as the national champions.

As is tradition, TopDrawerSoccer unveils its 2021 postseason awards, highlighting some of the top players in the current season. Taking into consideration conference awards, postseason play, team performance and much more, the awards try to recognize some of the best players in the fall season.

BYU star Mikayla Colohan lands the Player of the Year nod after leading the Cougars to a runner-up finish in the national title game. She scored 20 goals and had 16 assists in her final campaign in Provo, capping off a majestic career. According to games measured by InStat, she created 51 chances, one of the highest marks of any player. She led the nation’s top attack, scoring more than three goals per game. Colohan beat out WCC foe Kelsey Turnbow (Santa Clara) and Jaelin Howell (Florida State) for the honor.

Freshman of the Year goes to Duke forward Michelle Cooper. Edging out a talented field that included Riley Tiernan (Rutgers), Alexis Missimo (Texas), Trinity Byars (Texas), Lilly Reale (UCLA) and Taylor Huff (Tennessee), Cooper helped the Blue Devils reach the quarterfinals of this year’s NCAA tournament. Named the ACC Freshman of the Year, the Michigan native scored 12 goals and had 5 assists for the Blue Devils this fall. Joining Duke out of IMG Academy, she hit the ground running in Durham this season.

Final individual award of the fall season goes to Mark Krikorian, named the coach of the year. Leading Florida State to a 22-1-2 record, the longtime coach guided FSU to the ACC and NCAA tournament titles. With a second national championship in four seasons, and third overall, Krikorian has proven his ability to win on a consistent basis.