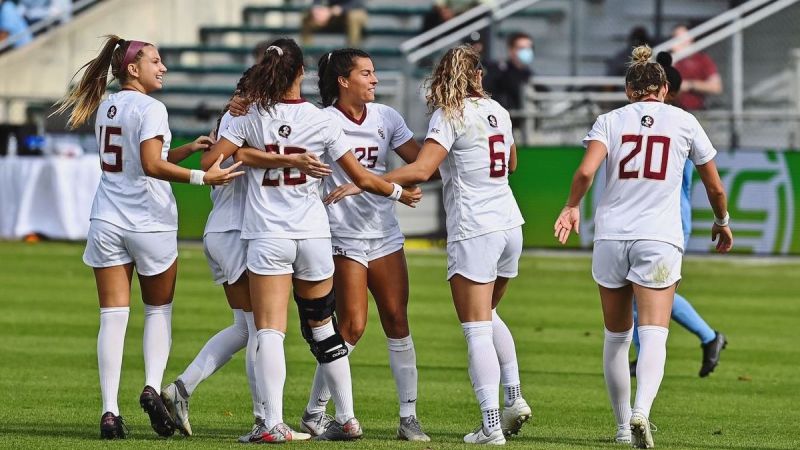 The ACC was as strong as usual in 2021, producing nine NCAA Tournament teams, including eventual national championship winners Florida State. The conference included nine All-Americans, as well as some of the top freshmen in the nation.

Things don’t look like slowing down, either. Although there’s been a major coaching change at the top of the standings, Florida State will still have a chance to repeat. Virginia and Duke appear to have strengthened their ranks, while Wake Forest, Clemson and Notre Dame will always be a threat. Even the teams towards the bottom of the standings seem poised to improve.

Another year of success for the nation’s best conference should be on the cards.

Boston College had a few good moments in 2021, but still only picked up one ACC win. There’s help on the way, highlighted by a promising recruiting class. The Eagles have also added some depth in the form of transfers Claire Mensi and Emily Sapienza. Ella Richards is a player to watch; she scored eight goals as a freshman.

The Tigers followed a successful 2020 season with an eighth straight NCAA Tournament appearance. They picked up some big wins, such as an 8-0 drubbing of Syracuse on October 21. Clemson retains some talent from that team, highlighted by its top goalscorer Megan Bornkamp. Also returning are Makenna Morris and Renee Lyles. Head coach Eddie Radwanski appears to have a goalkeeping decision to make, with starter Hensley Hancuff now gone.

The No. 2 Blue Devils have been tipped for a big season, and it’s easy to see why. Duke returns eight starters from a team that won 16 games and made a trip to the last eight of the NCAA Tournament. Michelle Cooper is a star in the making. The ACC freshman of the year tallied 17 goal involvements in 18 games and appears primed to lead her side on another postseason run. Elsewhere, they could get valuable minutes from All-American defender Sophie Jones. A no. 3 recruiting class should further bolster the squad.

National Champions Florida State endured something of a chaotic offseason. Head coach Mark Krikorian resigned suddenly in March. He was swiftly succeeded by Brian Pensky, who appears ready to step into the role. Pensky certainly has a tough job on his hands. The Seminoles saw significant overhaul after their national title win, and some promising incoming freshmen — including Olivia Smith — transferred. Still, some talent remains. Center back Lauren Flynn will return, fresh off a U20 USWNT appearance. Promising young goalkeeper Mia Justus also returns, having notched five shutouts as a freshman. For numbers going forward, Florida State will look to Clara Robbins and Jody Brown. The duo combined for 18 assists last year.

The Cardinals finished 3-6-1 in conference play in 2021, struggling through a tricky slate. Finding the back of the net was a real issue for Louisville, as it never found a reliable goalscorer. But there is hope in the shape of Emma Hiscock. The forward has real potential and could take an extra step. Bringing in defender Maddy Ellsworth — a transfer from Oregon State — seems to be a shrewd addition to the back line.

Last year was a season to forget for the Hurricanes. They only won once in ACC play and averaged less than a goal per game. The good news is that most of those goals are returning this year, while extra reinforcements have been added. It’ll likely be another tricky year for Miami. Improved performances will be key.

NC State was one of the surprises of the 2021 campaign, losing in the second round of the NCAA Tournament. Head coach Tim Santoro made the Wolfpack a tough team to beat, largely thanks to a solid defense that conceded a respectable 22 games in 19 games. They were a danger in attack, too, with Jameese Joseph leading the line. The forward scored nine goals, including game winners against Duke and UNC. If she continues to find the back of the net, the Wolfpack could surprise some people.

It’s risky to bet against Anson Dorrance. The North Carolina head coach saw his roster decimated by injury and graduation prior to the 2021 season. His squad was good enough to notch an NCAA Tournament appearance last year, but didn’t have the same success in ACC play. Last season could be valuable going forward, too. Maycee Bell was among the conference’s best defenders. Samantha Meza showed some attacking quality and has been tipped by Dorrance to develop. There’s talent elsewhere, too. Talia DellaPeruta struggled with injury in 2021, and a healthy campaign should do her good. Her younger sister, Tori, could have a similar impact among a highly-rated class.

Notre Dame enjoyed a strong 2021, winning two NCAA Tournament games and going 7-3 in ACC play. It relied heavily on the attacking prowess of dominant duo Olivia Wingate and Samantha Fisher in 2021. Fisher graduated, along with her 13 goals. Wingate, meanwhile, has another year of eligibility and will be expected to find the net. Korbin Albert is a player to watch, having scored 12 goals as a freshman. A top five conference finish is still within reach.

Pitt seemed primed to make a leap last year but went 4-6 in ACC play. There were some big moments, such as wins over NC State and Miami(w). However, Pitt(w) still seemed off the pace against some of the conference’s best sides. With another year of development – as well as a few promising recruits joining the squad — the Panthers might be able to close that gap a little.

Syracuse endured a torrid 2021 campaign and went 0-10 in conference play. But that was a pretty young squad, and an older side might have a better chance of negotiating conference play. It’ll start with finding the back of the net — the Orange only scored 13 goals last season.

The Hoos relied heavily on experience last year, with fourth years accounting for heavy minutes. And it worked, with Virginia named the No. 1 seed for the NCAA Tournament. Some of that talent departed in the offseason, notably top goalscorer and Mac Hermann trophy finalist — who was a top 10 pick in the NWSL draft. Still, Virginia retains a ton of talent ahead of the 2022 season. Defensive stalwarts Samar Guidry and Elaine Rouse should make up the backline, while forward Hailey Hopkins has the quality to assume some of the goalscoring burden. Rebecca Jarrett should be back and firing after missing the bulk of 2021 with an ACL injury, while Alexa Spaanstra has provided creativity and consistency. If the Hoos can figure out their attack quickly, they should be among the best in the conference once again.

Virginia Tech was quick out of the gate in 2021 and navigated a difficult slate in September. After a midseason lull, it responded emphatically with a late surge — enough to make the NCAA Tournament. A first round win, especially without any clear stars, was promising going forward. Although Nicole Kozlova and Emily Gray have left for the pros, Virginia Tech has enough experience to be playing in the NCAA Tournament again this fall.

Wake Forest added 16 newcomers before 2021 and looked streaky at times. But things came together late in the season, with an NCAA first round win over Harvard capping off a strong year. Now, with a few players graduating, head coach Tony Da Luz will have to figure out how to get the most out of a relatively youthful squad. The talent is certainly there for Wake Forest to make a run.