5 men’s programs that should rebound 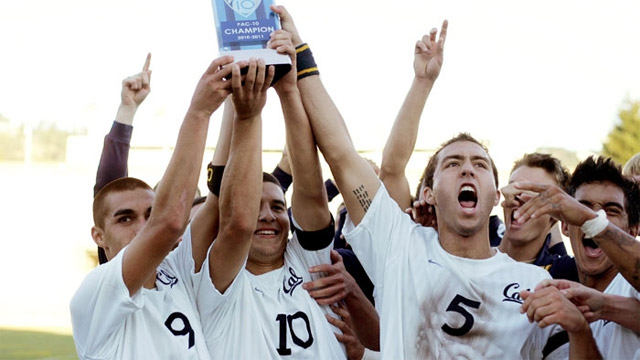 So with the  men’s college season around the corner, we want to take a look at some programs which are in prime position to rebound after a less than spectacular (for them at least) 2011 campaign. 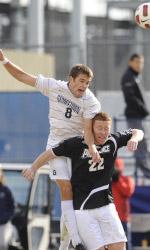 Georgetown – Another Big East program that had a pretty decent record (10-5-4) but didn’t qualify for the NCAA Tournament was the Hoyas. Brian Wiese has an experienced lineup back including Tommy Muller, Steve Neumann, Jimmy Nealis and Ian Christianson.

Ohio State – Has it really been five years since the Buckeyes lost a nailbiter to Wake Forest in the NCAA College Cup final? John Bluem’s Buckeyes missed the big dance despite a 10-7-2 record. A few key departures will have to be replaced, but there should be postseason play on the banks of the Olentangy again this fall.

California – Kevin Grimes’ Bears had a bad season in 2011, there’s no two ways about it. But that means there’s only one way to go for the team from Berkeley, and that would be up. Some keys for Cal if they are to rebound will incude U20 MNT player Christian Dean, senior goalscorer John Fitzpatrick and rugged midfielder Tony Salciccia.

Stanford – Jeremy Gunn took Charlotte to the national championship game last fall and was rewarded with the Stanford job. The Cardinal men’s program has had to watch their female counterparts soak up all the glory of late, including a national title of their own in 2011. There are a lot of good players in this Stanford lineup. Can Gunn put it all together and put them in the postseason. I am voting Yes on that one.