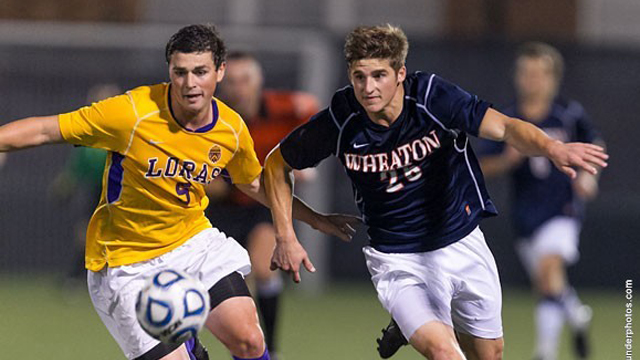 It's nerve-jangling time in Division III soccer, as the postseason is here for the vast majority of the country. A full 19 teams earned postseason berths via conference championships over the weekend, and there are only three conferences left that haven't yet crowned regular season champions.

For the rest (indeed, the majority) conference tournaments are an opportunity to play themselves in the the NCAA Tournament on a hot streak. Some programs - the Wheaton (Ill.) women and the Loras men for example - won't have to worry quite as much about squeaking into the tourney. But more teams will, and that's where this week's action comes into play.

Here's a look at a few of the prime movers this week in Division III soccer and a few stories to watch. 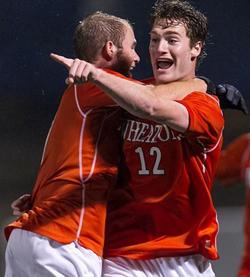 The majority of the DIII landscape eschews the idea of a regular season conference champion, instead opting to go with the tournament champ as the main designator of the conference's end-of-season winner. That, however, is not the case in the College Conference of Illinois Wisconsin, which crowned both Wheaton men's and women's programs as its conference champions last week.

The men's team won its 18th CCIW title and second in a row with a 1-0 win over North Park on Friday. The women, meanwhile, earned its 16th conference title and third crown in the last four years with a 3-1 win over that same North Park program the next day. While the women's team ended the regular season with a 15-1-2 record, the men's team pulled across the finish line with a 15-3-1 mark. Pretty impressive regular season across the board for a program used to winning. Now, the postseason beckons.

It's been some season for the Scarlet Raptors of Rutgers-Camden, who've been mowing down opposition all year. By posting a convincing 5-0 win over New Jersey City last week, the program secured its first undefeated regular season in history. It also sewed up the second New Jersey Athletic Conference title in as many years, and the Scarlet Raptors' seven conference wins in 2013 tied the 1988 team for the most in program history. It was the second time the program went undefeated in conference in the last three years, which has witnessed the most prosperous run in program history.

Going forward, top-seeded Rutgers-Camden, which is 26-0-5 in its last 31, will host No. 4 seed College of New Jersey in the semifinals of the NJAC tournament on Wednesday. Two more wins hands the program an automatic bid to the NCAA tournament. Once there, the program is a good bet to make a deep run.

Since Messiah's relative fall from grace in the polls earlier this season (though Messiah men are currently working on an impressive unbeaten streak of their own), Ohio Wesleyan has been the Division III men's team of record at the top of the national poll. But the race for the North Coast Athletic Conference crown still came down to the wire, with Kenyon forcing the Bishops to win on the last day of the regular season to secure the title.

Challenge accepted. Goals from Colton Bloecher and Taylor Rieger propelled Ohio Wesleyan to a 2-0 decision over Hiram to put the Bishops in rarified conference air. The NCAC title was Ohio Wesleyan's sixth straight, ninth in the last 10 years and 22nd in the last 30. Amazingly, the team's regular season-end 18-0-2 record is the sixth time the program has gone through a season unbeaten, and the first time since 2009. When the Bishops open the postseason tourney against DePauw on Wednesday, they won't merely be doing so as massive favorites to win another conference honor. They'll do so as the frontrunners for the national title that Messiah won last year. With this much talent and depth, the idea isn't at all a stretch.

Especially considering that former No. 1-ranked Wesleyan (Ill.)(w) lost last week for the first time, there may be no hotter team in women's Division III soccer than Johns Hopkins. Since suffering their only loss of the season on Oct. 9, the Blue Jays are 6-0-1 and haven't given up a goal since Oct. 19. That run also encapsulates a 9-0-1 run through the Centennial Conference that earned Johns Hopkins the outright conference title in style.

In the last two weeks, coach Leo Weil, the only head coach in program history, became the seventh Division III women's soccer coach to reach the 300 career wins milestone. Meanwhile, Hannah Kronick tied and then snapped the program record for career points in the same game. As the top seed in the upcoming conference tournament this weekend, nobody will have higher hopes in the league than Johns Hopkins.