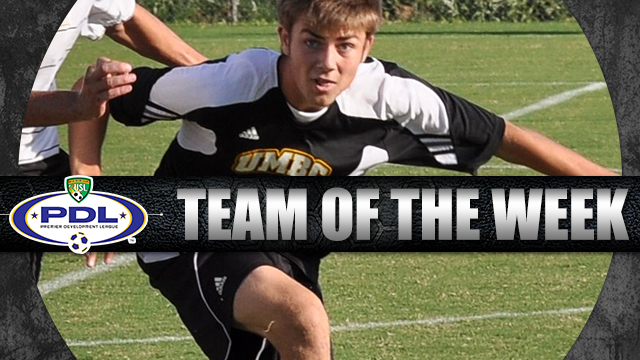 TAMPA, Fla. – The PDL announced its Team of the Week for the fourth week of the season, with Baltimore Bohemians forward Pete Caringi being honored as the Player of the Week. Caringi, a standout for UMBC in college, had all four goals as the Bohemians took a 4-0 win against the NJ LUSO Rangers last Sunday. 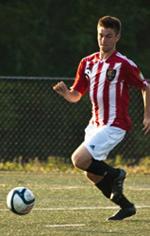 After a scoreless first half, Caringi put the Bohemians on top in the 51st minute as he put home a pass from Gealton Caltabiano. The second came 13 minutes later as Caringi’s UMBC teammate Milo Kapor sent in a cross from the left that was put away well, and he completed his hat trick in the 70th minute after a good passing move opened up an opportunity. Caringi then capped his standout performance with seven minutes to go, giving the Bohs their first win of the season.

Oklahoma City’s Adam Black also had a standout attacking performance as he claimed a place on the Team of the Week after his hat trick led OKCFC to a 3-0 win against the El Paso Patriots. Completing the attacking trio was the Ventura County Fusion’s Emmanuel Boateng, who scored what proved to be the game-winning goal in a crucial Southwest Division victory against FC Tucson.

River City’s Taylor Hafling claimed the goalkeeping position after his standout seven-save performance allowed the Rovers to rally for a 2-1 victory against the Michigan Bucks on Saturday. Thunder Bay’s Axel Sjoberg and the St. Louis Lions’ Johan Sundberg were named to the defensive unit, with both players scoring key goals in victories against WSA Winnipeg and the Des Moines Menace, respectively. Austin’s Max Gunderson completed the trio, playing a standout role as the Aztex took a 1-0 win against Laredo.

Portland’s Eric Miller earned his second consecutive berth after scoring the game-winning goal and putting in a standout performance for the Timbers U-23s in their victory against the Vancouver Whitecaps FC U-23, and he was joined by Ottawa’s Carl Haworth, who had a goal and two assists as the Fury defeated the Real Boston Rams. Ocala’s Robbie Tice, who scored an 89th-minute game-winner against IMG Academy Bradenton, and Shane Malcom of Kitsap, who had a pair of goals as the Pumas rallied to take a 3-3 draw against the Sounders FC U-23, completed the Team of the Week squad.