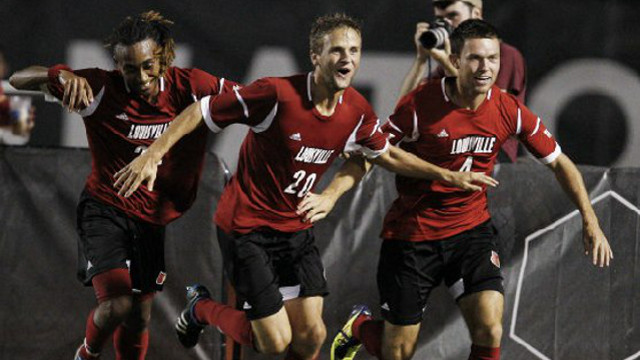 Is the Big East a better men’s college soccer conference than the ACC?

Much is made about the stature of the latter, but in many ways, the former has been the deeper of the two in 2012, with several teams recognized in various national polls, including four Big East squads in the TopDrawerSoccer.com Tournament 48.

That’s a debate that will likely get another look come NCAA Tournament time, but this week ten teams in the Big Ten will compete for conference honors, with one eye on at least making it to the semifinals that will be held at Red Bull Arena in New Jersey.

Any of those teams is capable of putting together a run and grabbing the conference honor, and a few of the programs in the mix are more than capable of going on a deep run in the tournament proper down the road. 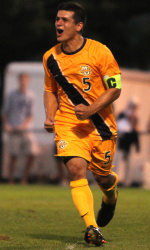 The focus of course, is on the next two weeks for the teams, as the tournament will kick off Wednesday with a pair of first round matches, with the tourney continuing on Saturday with semifinal spots up for grabs.

Here’s a look at what to expect over the coming two weeks.

Georgetown: One of the most complete and well-rounded teams in the conference, the Hoyas feature a nice blend of experience (with anywhere between four or five seniors in the starting lineup) and young talent (with freshman Brandon Allen the leading scorer, sophomore Tomas Gomez in goal). Employing an attractive brand of soccer, Georgetown relies on forward Stevie Neumann to make plays for Allen, while defenders Tommy Muller and Jimmy Nealis keep things tight at the back.

Connecticut: Boasting a pretty simple formula, the Huskies are just as efficient and deadly as in years past. With perhaps the nation’s best goalkeeper in Andrew Blake, and enough crafty offense from the likes of Carlos Alvarez and Mamadou Diouf, Connecticut has shown the requisite firepower to win the close, big games.

Louisville: Never count out a team coached by Ken Lolla. Despite losing a number of quality players to graduation from last year’s team, Lolla helped his team overcome a slow start, making the right tweaks along the way to capture the Red Division title. Now, the challenge is putting together a run in the conference tournament. One of the keys for the Cardinals is getting enough goals. They’ve been scoring by committee for most of the season, with Will Vitalis, Dylan Mares and Greg Cochrane, Ryan Smith and Andrew Farrell with four goals each. That makes the team more menacing in some respects, but it also could be a weakness if no one manages to step up.

Marquette: Perhaps the biggest surprise of the Big East (outside of Syracuse), the Golden Eagles are a foe nobody wants to go up against at this stage of the season. Axel Sjoberg, the strong center back, offers up a threat from set pieces, Bryan Ciesiulka the metronome in midfield, and senior forward Andy Huftalin scoring timely goals off the bench.

Notre Dame: Despite suffering through some early season injuries, the Irish have put together one of their most impressive regular season campaigns in recent memories. Forward Ryan Finley has been the dynamic key to the offense, offering a slashing threat and speedy attacking option who can get in behind defenses. Dillon Powers has bossed the midfield this year as well, and there’s no doubting the Irish are a tough team to beat.

MF Bryan Ciesiulka, Marquette: The play-making midfielder has shown his quality this year for the Golden Eagles, helping maintain possession and dictate play, while also chipping in 4 goals and 7 assists. He’ll need to be big down the stretch in order to help his side make a run in the tournament.

GK Andre Blake, Connecticut: A phenomenal athlete and shot-stopper, Blake has bailed out the Huskies countless times throughout the year. And he’ll need to be just as strong as UConn runs the gauntlet through the Big East field and aspires to make something happen over the next two weeks.

F Stevie Neumann, Georgetown: With freshman phenom Brandon Allen leading the team with 10 goals, Neumann has shifted from scorer to provider this season, with 5 goals and 10 assists on the year. His play in the final third is going to be pivotal in the conference tourney, whether scoring goals or setting them up.

D Andrew Farrell, Louisville: A tremendous athlete and versatile player, the Cardinals will need Farrell to be stout at the back and a threat on set pieces in order to get Louisville to a spot in the semis or even the final.

MF Dillon Powers, Notre Dame: After battling through injuries the last few seasons, the former U.S. youth international has finally seemed to find his form and consistency. A two-way midfielder who contributes to the offense and helps clean things up in front of the defense, a strong performance is vital for the Irish to make a run to Red Bull.