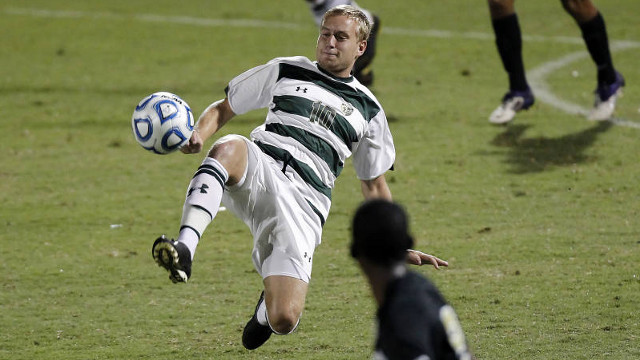 If the ACC is the standard bearer for men’s college soccer as far as conferences go, the Big East can’t be very far behind.

From top to bottom, the conference as a whole has made significant strides of late, and 2012 should be no different despite the loss of West Virginia, which made the jump to the Mid-American Conference this year.

The coaches in particular are looking forward to another year of tight competition.

“The thing I like about the Big East, from joining it, up until this point I’ve always said the same, you’ve got so many different regions, you have to face so many different styles, it makes it very entertaining, and the key is trying to impose your style on any of the teams you play against,” Marquette head coach Louis Bennett told TopDrawerSoccer.com.

They know that the league has gotten to a point where there’s little margin for error, especially when it comes to the conference schedule.

“If you don’t get it right, you’re going to get punished,” Georgetown head coach Brian Wiese told TopDrawerSoccer.com. “You can’t come in and not have a couple things really dialed in as a team, because you’re going to lose to anybody in the conference in a given day.”

Midfielder C. Nortey is going to be a crucial figure on this young Marquette team that won the Blue Division outright a year ago.

The goal for this season is to keep that success going and to remain close to the top.

“Our expectations are that we’re going to be competitive and make sure we’re in every game,” Bennett told TopDrawerSoccer.com.

There are only three seniors on the squad this fall, meaning it will be a younger group out to try and get that job done. All three, Ryan Robb, Anthony Selvaggi and Andy Huftalin will get their chance at minutes, while Bryan Ciesiulka provides an anchor in midfield. 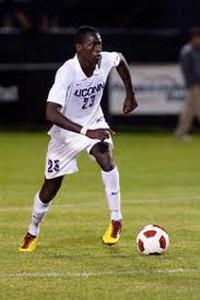 Regardless of who leaves, Connecticut always seems to find a way to remain in the mix – and this year should prove to be no different for head coach Ray Reid.

The loss of Andrew Jean-Baptiste at the back won’t do the defense any favors, but goalkeeper Andre Blake is only in his sophomore year after backstopping a defense that only conceded 10 goals in 21 games last season.

The attack will be extremely potent even without Tony Cascio, as midfielder Carlos Alvarez will continue to pull the strings, and powerful strikers Allando Matheson and Mamadou Doudou Diouf remain.

Expectations are high in the nation’s capital, as a Georgetown team loaded with talent and experience sets its sights on conference success – which they think will lead to achievement at the highest level.

“We always say if you can win the Big East, you can win the national championship, and that’s one of the fun things about our conference is that it’s a real benchmark for where you are in the bigger scheme of things,” Wiese said.

Red Bull Arena is the target – the semifinals of the Big East tournament – as the Hoyas begin a new season with a strong senior core of midfielders Ian Christianson, Jimmy Nealis, John Snyder and defender Tommy Muller.

In all, it adds up to a strong team that is ready to take on a tough conference.

“This is the deepest we’ve had since I’ve been here,” Wiese said. “You still need to be lucky with injuries and kind of cross your fingers in that regard.”

Who are two big keys to the Fighting Irish’s hopes of returning to the postseason?

Forward Ryan Finley and midfielder Dillon Powers, two talented players who have yet to fully reach their peak in their respective college careers.

Last year Notre Dame was good, but not quite good enough to punch a ticket to the NCAA Tournament. Despite the loss of some top talent from that squad, Finley and Powers have plenty of support, including midfielder Michael Rose and Daniel O’Leary all will likely get a lot of time as they look to keep their tournament hopes in their own hands.

The Friars are looking to keep the momentum going this fall, despite a new coach in place. Craig Stewart took over after Chaka Daley resigned to take the head coaching position at Michigan.

Stewart, who comes over after three seasons with Franklin Pierce, has two talented midfielders in Marcos Ugarte and Marc Cintron to rely on and pull the strings in the middle of the field, looking to set the table for the rest of the team.

A young group has hopes to leave their mark on the Big East before swapping conferences to the ACC for next fall. With only two seniors on the roster, this year is about continuing to build for bigger and better things.

But that doesn’t mean the Panthers will be pushovers, with attackers Nico Wrobel and Manny Morgado leading the line, and Robert Iledare providing defensive strength along the back line.

There’s no questioning the Pirates’ struggles throughout 2011, as the team conceded a whopping 41 goals while managing 17.

Those are two numbers that need to improve vastly if Seton Hall is to get better this year. Trying to achieve that will be a new head coach, as Gerson Echeverry replaced the legendary coach Manfred Schellscheidt after his retirement at the end of the 2011 season.

A former assistant with both Seton Hall and the U.S. U17 men’s national team, it’ll be one of the stories of the season tracking the transition of a new man in charge after Schellscheidt held the post for 24 years.

A significant talent drain is going to test South Florida as a program, as forward Dom Dwyer bolted a year earlier to ink a Generation adidas deal with MLS.

Depth and experience is still plentiful, fortunately, and the Bulls shouldn’t be too troubled to stay in contention provided that they can pick up the scoring slack that Dwyer’s departure leaves (he scored 16 of the team’s 36 goals)

Midfielders like Wesley Charpie and Leston Paul will no doubt help the team in the goal scoring department, while the tough and determined defense led by Brenton Griffiths and Ben Sweat are going to need to play a bigger role in shutting down opponents.

A year after going on a little bit of a run in the NCAA tournament – losing in the third round against UCLA – the Scarlet Knights could replicate that success in 2012.

While a couple of players graduated, two big pieces of the offense in Juan Pablo Correa (6 goals, 5 assists) and Kene Eze (6 goals, 3 assists), a sophomore and junior respectively, will be back and have even bigger roles to play in the attack.

Experienced goalkeeper Kevin McMullen, a redshirt senior, will look to keep things tight and organized at the back.

Another program in the category of a rising power, Villanova brings back a strong core of their team from last year and will look to continue to push towards a better mark in conference.

Emerson Lawrence, Kyle Soroka, Aaron Dennis and Dylan Renna, the team’s top four scorers in 2011 are all back for another year, and with their experience, the Wildcats could make a run at the division crown.

While a significant chunk of the Red Storm’s offense has graduated – including Walter Hines and Pablo Punyed – expectations are nonetheless significant ahead of the upcoming season.

St. John’s has players waiting in the wings, including redshirt freshmen like Josh Godec and Cody Albrecht, who should provide a compliment to the experienced returners like Jimmy Mulligan, Adrian L’Esperance and Tim Parker.

Head coach Ken Lolla may have seen several starters graduate – including talented players like Nick DeLeon, Austin Berry and Colin Rolfe – but he’s not lowering his expectations, rather shooting to help his team grow in the fall.

Despite the departure of some experience, Lolla retains significant talent, and also gets the boost of the return of Dylan Mares, who missed the entire 2011 season because of an ACL injury.

Complimenting Mares will be Paolo DelPiccolo and Michael Roman in the midfield, to go with Greg Cochrane, Andrew Farrell and Brock Granger at the back.

There’s only one season on the Blue Devils roster ahead of the upcoming season – but it’s a pretty important player in Antonio Aguilar, a standout forward looking to cap his college career out on a high this year.

Aguilar, who has earned Big East postseason honors all three of his previous years in school, needs help from those around him to help DePaul make some strides forward. Among those capable of that is a pair of sophomores in Thiago Ganancio and David Selvaggi.

The future looks to be bright for the Bearcats, and Cole DeNormandie, the team’s leading scorer in 2011 (7 goals, 1 assist) during his freshman season, is the center of that optimism.

But how they fare in this upcoming season will be determined by how the seasoned group of veterans like forward Leon Powell, and defenders Mike Brizzi and Zach Patterson can raise the level of play in Ohio.

With one season to go before embarking for the ACC, the Orangemen get one more chance at a strong performance in the Big East. Last year’s team lost a number of close games, and it’ll be up to some of the more experienced players such as forward Louis Clark, midfielder Ted Cribley and Mark Brode to help spearhead the improvement.