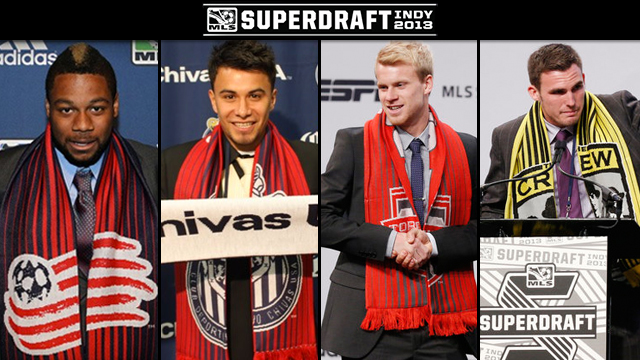 In the past, schools like Akron, Maryland, Wake Forest and UCLA have owned draft day in MLS.

That wasn’t the case at the 2013 SuperDraft, as a pair of under the radar yet prestigious programs produced the most picks: Georgetown and Louisville each had three players selected. 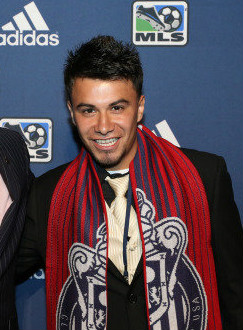 The Cardinals, who have now had seven players taken in the last two SuperDrafts, saw defender Andrew Farrell come off the board with the No. 1 overall pick, while midfielder Paolo DelPiccolo and defender Greg Cochrane were second round selections.

“We’re excited for the three guys and the opportunity that they have now to continue their careers,” Louisville head coach Ken Lolla told TopDrawerSoccer.com. “We’re happy because a big part of what we do is help players achieve their goals and dreams, and for the three of them playing professional soccer was certainly one of their goals.”

Hoya center back Tommy Muller went to the Earthquakes at No. 15, before midfielder Ian Christianson and defender Jimmy Nealis came off the board in the second round.

“Whenever you get any of your players drafted you’re always proud of that accomplishment for the program, but more so for the players,” Georgetown head coach Brian Wiese told TopDrawerSoccer.com.

Although the ACC is commonly labeled the best conference for men’s college soccer, on the back of these two programs, it was the Big East that saw more players picked in the first two rounds, holding a nine to four advantage on the day over the ACC.

Along with the six players from Georgetown and Louisville, Connecticut’s Carlos Alvarez went second overall to Chivas USA, and a pair of Notre Dame seniors Ryan Finley and Dillon Powers were picked at ninth and eleventh overall.

Each of those Big East programs has seen players come and go into the pro ranks with a high frequency, aside from Georgetown. Before Thursday, a total of six players had been plucked from the school based in the nation’s capital in MLS’s 16 years of drafts. The selection of these three players in particular came as little surprise after each played a pivotal role in Georgetown’s run to the national final last year.

“This is the first group that really earnestly believed that they would be pros,” Wiese said. “This is our third recruiting class since I’ve been at Georgetown that have now gone through, this is the first group that when you sat down and talked to them, they said they wanted to be pros. And they meant it – you saw it from day one with their drive. This group of seniors carried the team to the successes they had this year because they’re team guys but also because their own personal ambition willed it.”

The cherry on top for Louisville and the Big East was seeing Farrell head to the New England as the first overall pick on the day. And although the status of that provided a high on the day, the former Peru native knows the road ahead is long.

“It’s very exciting. Very prestigious,” Farrell said about being selected first. “Today is the highest moment and you’re the top guy but then on Monday you’re just the rookie. I have to go back and keep working again. I just have to work hard every day ... you may not be the most talented or technical but if you put in the work you’re going to be successful.”

Along with Alvarez being a part of the successful day for the Big East, Thursday’s news is a homecoming for the LA native.

“Being home is going to be something fun, seeing my little brothers and seeing them grow,” he said after he was picked. “I've been away for four years. I'm happy to be going back home."

The ties to the Chivas brand go even deeper, as the attacking midfielder’s father was a professional soccer player who spent some time playing for Chivas de Guadalajara in Mexico for a time.

He isn’t the only player who gets the chance to play in familiar territory. Boston College midfielder Kyle Bekker was selected by Toronto FC with the third overall pick, where he’ll be joined by follow Ontario native Emery Welshman.

“For my family and friends to be able to come watch me means a lot to me,” Bekker said.