The amount of turnover in personnel at UC Santa Barbara from last season to this season is among the most in the nation.

The top three scorers, Luis Silva, Sam Garza, and David Opoku, are all gone. The trio accounted for two thirds of the UCSB offense and now leaves some massive holes to fill for a number of players who transferred into UCSB this year.

Achille Campion (Belhaven), Dion Acoff (Creighton), Cesar Castillo (Cerritos College), and Giffin Boyoko (Auburn Montgomery) are all vying to fill some of those starting spots on the field this fall with immediate contributions.

Even though there are so many questions unanswered about just how UCSB will look in 2012, Big West coaches picked the Gauchos as the top team in the conference in the preseason poll.

On the national stage, the NSCAA, which is the coaches’ ranking in college soccer, preseason poll tabbed UCSB as the 11th best team in the land.

Slightly trailing the Gauchos in the national poll, #13, is their Big West rival, UC Irvine.

The Anteaters are also suffering through some turnover with the roster. Three stalwarts of the program, Christian Hernandez, Miguel Ibarra, and Andrew Fontein, have all moved on.

Yet, head coach George Kuntz prides himself on the depth of his team and likely will not need to search too much for replacements with Enrique Cardenas, Lester Hayes, and Juan Gutierrez all looking like future stars for the program.

It is no surprise that Irvine and UCSB have garnered national recognition, but the Big West, as a conference, needs another program to step up and challenge those two.

Perhaps new addition Sacramento State will be up to the task this fall. The Hornets have a couple of NCAA tournament appearances on the resume from the past few seasons and should be in the thick of things in 2012.

The constant complaint from Big West coaches is the lack of respect the conference gains with the Ratings Per Index (RPI). Irvine’s schedule (at UCLA, at New Mexico, and at Louisville) should help the conference on the whole.

Those are three formidable matches, specifically the last one, which comes late in the regular season, October 24, will go a long way in improving the RPI of Irvine and fellow Big West programs this season.

Enrique Cardenas is the biggest breakout candidate from Irvine’s roster, but the Lester Hayes announcement party will happen soon. The towering, physical forward is just too much for most college defenders. He is the type of player who could have a 20-goal season before his career ends.

Much has been written (and deservedly) about UCSB freshman Ema Boateng this offseason, and he is the popular pick for Freshman of the Year honors, but French target forward Achille Campion is probably the most important piece of the puzzle for this team’s success. 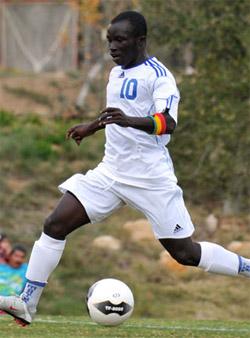 UCSB needs someone to carry the goal-scoring load and if the spring season is anything to go by, Campion appears to be the capable option up top that head coach Tim Vom Steeg wanted David Opoku to be for the past two seasons.

Center back Brandon Brockway, a transfer from Oregon State, was solid this summer with the Seattle Sounders U23 USL Premier Development League squad. He could be a very valuable piece in improving the depth of the UCSB defense.

In the net, Andre Grandt had the starting position locked up for 2011, but that does not seem to be the case as much this summer. The Gauchos coaching staff recruited freshman goalkeeper Nick Savino heavily, and it is doubtful he will be stuck on the bench long if the play does not improve from Grandt this fall.

With all due respect to the Aggies, the results last fall far exceeded the talent.

The third place finish in the conference was unexpected for a squad with only two seniors, but the Aggies overcame any shortcomings in experience due to a systematic style of play that befit the roster.

The conservative tactics allowed Matt Wiesenfarth to flourish as a target forward in his debut collegiate season. The local boy collected Big West Freshman of the Year honors for his five goals and 13 points in 2011.

Wiesenfarth should be just as good this fall, but UC Davis needs to find a replacement for Lance Patterson. The tall defender did a bit of everything for the Aggies over the last few years and will be difficult to replace.

Cesar Diaz Pizarro was Mr. Everything for UC Riverside last season. The forward scored nine goals and added three assists during his final campaign with the Highlanders.

In his wake remain some massively large shoes for someone on the UC Riverside roster to fill in 2012. The question for head coach Junior Gonzalez is how to find a consistent threat like Pizarro for this fall.

Elsewhere on the field, the Highlanders look to be building a fairly strong team with good incoming recruits including Chivas USA’s Eric Gonzalez who should contribute immediately.

Ultimately though, the success of this season falls on finding a consistent forward to duplicate Pizarro’s output.

There were a number of results in 2011 for the Matadors to hang their hats on including a tenacious showing against Akron early in the year that ended in a 0-0 draw.

The rest of the year did not have the same magic as those battled in the early fixtures. The main reason this fall could be different is Terry Davila.

Davila, one of the longest tenured head coaches in the conference, continues to seek out talented local products for his squad.

Sophomore Edwin Rivas is high on the list of potential stars in the conference.

The Mustangs were picked to finish third in the Big West North in the preseason poll, which is probably fitting to the trend but not the talent.

Cal Poly has the talent to be one of the top two teams in the conference but bad luck has really played against them over the past two seasons.

This fall, the roster includes four seniors, but the starting lineup and majority of contributors will be underclassmen.

Freshmen goalkeeper Wade Hamilton and midfielder Ruben Duran figure to be starting from the opening whistle this season.

One of the more surprising bits from the Big West preseason poll was a coach throwing a first place vote at Cal State Fullerton for the South Division.

Fullerton’s season in 2011 started brightly with five wins in its first six games, but then the wheels slowly came off the bus and the Titans only managed three wins in 10 conference games.

This fall does offer some promise for a charge to the top of the standings. Senior forward Jesse Escalante is a very good prospect and sophomore winger Ian Ramos had some great moments during his rookie season.

The Hornets have the advantage of sneaking up on the rest of the conference as the new kids on the block.

Sacramento State goalkeeper Cesar Castillo will have two seasons to prove his worth in the Big West, but he was already voted onto the conference’s preseason first team due to previous merits.

For fans of other Big West programs, Sacramento State is a blessing in disguise. The Hornets will add more credibility to the top teams in the league, but they are a very difficult team to beat, which will probably make the league race come down to the last week.