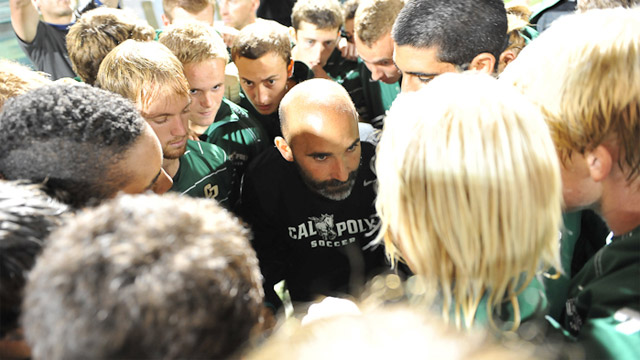 That is not a direct correlation between the conferences, but it proves the point that many coaches in the conference and on the west coast have preached for the past few years – there are good players and strong teams in the Big West.

The loss of the 10 players to MLS does have it pitfalls though, as the teams are forced to use the spring season to figure out how to fill the vacated spots.

“It is going well,” Cal Poly head coach Paul Holocher told TopDrawerSoccer.com about his team's spring preparations. “We’ve got a terrific group of players. They are growing each and every day.” 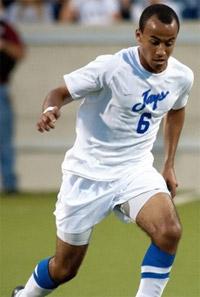 “We have several redshirt freshmen,” Holocher said. “And it feels like they are playing like upperclassmen already (in the spring games).”Holocher and his staff are replacing seven seniors from last year’s squad, but the coach said he is excited about how the freshmen from the fall have filled into that role.

The Mustangs have already played four matches during the spring season, with two coming against MLS opposition.

“These guys need games,” the coach said. “The training is substantial, but the real test is the games.”

Down the coast, UC Santa Barbara has just started spring ball with a game last week against Cerritos College. New additions to the squad Dion Acoff (transfer from Creighton) and Achille Campion (transfer from Belhaven [NAIA]) each scored in a 2-0 victory.

Head coach Tim Vom Steeg will be leaning on the new recruits in the fall after losing five seniors and three underclassmen from last year’s squad.

The Gauchos brought in five transfers in total to help with losing the top three scorers from last year’s squad who combined to score 34 of the team’s 51 goals on the season.

Incoming freshman Emmanuel Boateng is expected to help immediately with some of the scoring load. The Ghana native graduated high school a year early to join the Gauchos for the fall.

On the other end of the spectrum, CSUN(m) only lost two starters from last year’s squad and has enjoyed a competitive spring season with players battling for starting spots.

“It has been a great spring environment,” CSUN head coach Terry Davila told TopDrawerSoccer.com. “[It is] extremely fierce and extremely competitive so far.”

The Matadors have gone undefeated through the first few games of spring, which included a game against local rival, UCLA.

“It was a good game,” Davila said about the win over the Bruins. “We scored two goals on counter-attacks in the second half.”

Davila knows that even though he is returning a vast majority of his roster, winning in the Big West will not come easy.

“Of course, you never know who is going to win,” he said. “UC Irvinem) and UCSB have been pretty consistent over the last four years . . . they have a formula and they are doing a very good job with it. They are very tough to beat.”

Irvine, like UCSB, is going through a rebuild this season with eight seniors gone from last year’s Big West Tournament winning squad, but the Anteaters still figure to be in the mix at the top thanks to returnees Juan Gutierrez and Lester Hayes leading the attacking line.

The Big West will also add another strong program in the fall with Sacramento State making the jump over from the MPSF for the 2012 season.

“We are excited about it,” Sacramento State head coach Michael Linenberger told TopDrawerSoccer.com. “It is a highly regarded soccer conference.”

The Hornets have had trouble in the spring with the weather, as rain has interrupted the rhythm of practices so far, but the coach is happy with the improvement from the start of the season.

“We made some progress and now we are looking forward to playing California this weekend,” Linenberger said.

The Hornets are also excited about adding freshman Edwin Luna in the fall.

“We feel he can turn a game on its head at any moment,” the coach said.

Luna is not the only former U.S. Residency Program product who is bound for a Big West program. Chivas USA outside back and former residency member Eric Gonzalez is headed to the up-and-coming UC Riverside Highlanders.

For the spring season though, the Big West programs are working on replacing the ten players

Marco Franco, UC Irvine, Sophomore, Defense - You will not find many outside backs in college soccer better than Marco Franco. The UC Irvine right back is crafty, technical, and strong on the challenge. Left midfielders know they are in for a long night when they face Franco.

George Malki, Cal Poly, Sophomore, Midfield - Malki may escape awards, but he does not evade sharp eyes. Many recognize the center midfielder as the engine of the Cal Poly system, and his coach thinks he is just getting started. “These next two years are going to be his best years,” Holocher said about Malki. “He always wants to improve his game. We want to turn him into a player to create goals and assist.”

Matt Wiesenfarth, UC Davis, Freshman, Forward - He is a dynamic forward who can create chances on his own with little support. The forward with a quirky profile caught the eye of some scouts with a noteworthy debut season in the Big West. Can he do enough in his second season to push UC Davis back to the top of the conference?