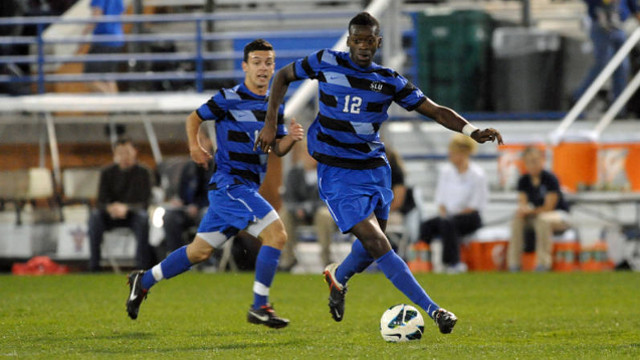 The approach of the Saint Louis program is ambitious, but simple. Recruit future professionals and put them up against the best schedule possible.

So far, it has worked out for the Billikens with a 7-3 record, as the team reaches the important stretch of Atlantic 10 conference games.

“It is a different animal,” Saint Louis head coach Mike McGinty told TopDrawerSoccer.com last week. “We feel like we have done well out 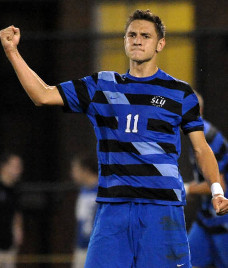 of conference but you don’t win any trophies in September. Those trophies only come when you win the conference or the tournament.”

Two of Saint Louis’ losses came out of conference against Indiana and Denver, which was just part of the daunting schedule McGinty took on this season.

“We are always trying to get good matchups and big games,” he said. “What we try to get as a staff is the best teams we can play. I would hate to play the game that couldn’t get me excited.”

The third-year head coach gave a slight nod to the fans of the program in how the schedule shakes out.

“Our fans are pretty knowledgeable and want to see attractive teams. Our big MO is to take on those teams.”

With wins over Creighton and Louisville this season, the Billikens have taken on those teams and come out better for it as McGinty tries to get valuable experience for a young roster.

Saint Louis only has four seniors on this fall’s roster with the majority of the contributions coming from juniors and sophomores including a couple who look like they have a future in MLS or another professional league.

“They’ve got a forward that scored twice on us that’s really special, he’s going to be a pro someday,” Duncan said of Saint Louis’ Robbie Kristo, who has five goals and two assists this season.

“To be honest, that is something we have tried to do,” McGinty said about recruiting professional caliber talent. “Recruiting wise, we are looking to find young men who have the ability to be a professional.

“Unless you think that, you aren’t going to put in the work to get better.”

Along with Kristo, sophomore center back Anthony Manning has shown real potential for having a bright future beyond the college game.

Manning, athletic, fluid, and decisive, has the tools that MLS clubs look for in defenders.

“[Manning] is a big talent. His maturity and reading of the game is very good. For a lot of talented players, things are easy [before they get to college]. He is putting it all together now on the field.”

The center back is putting it together and so are the Billikens. The historic program has won four of its last five and enters a stretch with five of the seven games at home.

For this season and the coming years, the outlook is bright for Saint Louis.