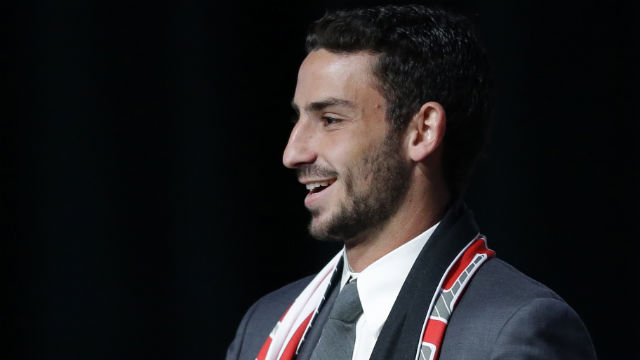 WASHINGTON — In 2013, D.C. United had the second-to-worst defense in the league by conceding 59 goals in 34 games.

Not much else went right for the MLS club that year, which finished dead last in the Eastern Conference. One of several offseason moves that the team made this season was selecting Cal center back Steve Birnbaum with the second overall pick in the MLS SuperDraft. 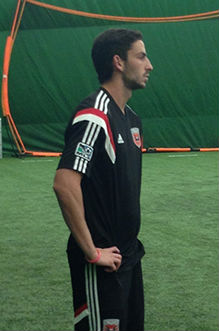 It’s safe to say that the California star is ready to hit the ground running.

“I want to play as much as I can and I just want to help the team as much as I can,” he told TopDrawerSoccer.com this week. “Whenever they need me, I’ll be around, and I’m just trying to learn and take things in stride.”

Listed at 6-foot-1, Birnbaum isn’t an imposing presence like other central defenders in the league. But watching him on the field, he asserts himself with his athleticism and ability to read the game, playing like someone almost an inch or two taller. He scored ten goals his senior season at Cal (only three from the penalty spot), gobbles up everything in the air and is a smooth operator on the ball.

Not only is he looking forward to simply turning pro, but he’s also eager to soak up and learn from two veteran center backs the club acquired this offseason: Bobby Boswell and Jeff Parke.

“I think it’ll be great for me,” Birnbaum said. “I can just take parts of their game and incorporate it into my game and just learn from them, take things that they’re telling me [and use it]. I’ve already had some talks with Bobby Boswell, he’s a great guy. I’m just trying to learn from them.”

That’s not to say Birnbuam hasn’t already gleaned plenty from his five years under Cal head coach Kevin Grimes, a former defender at the international level.

“He’s a great coach, being able to soak in everything he says I think it’s going to help me no matter what at the next level,” Birnbaum said. “Just trying to have him in the back of my mind the whole time, preaching to me about defensive stuff, I just try and take whatever he’s taught me and try to incorporate that into my game this year.”

Training camp opened this week in the nation’s capital, and Birnbaum will travel with the team down to Florida for their first trip of preseason. The SoCal native is looking forward to the travel aspect of his new career as he begins his battle for playing time in 2014.

Early training sessions didn’t daunt him too much, as the 23-year-old knows what he needs to do to be successful jumping up a level.

“I think it’s just faster and you have to make decisions quicker,” he said. “If you can make your mind up faster you’ll be fine. My game’s super simple: I try and play as simple as possible, just win the ball and give it to the playmakers.”

If all goes well for Birnbaum in the preseason, he could take the field with the rest of his new team when they open the 2014 season on March 8 at RFK Stadium. But for now, he’s firmly focused on a firm and smooth transition to the pro level.