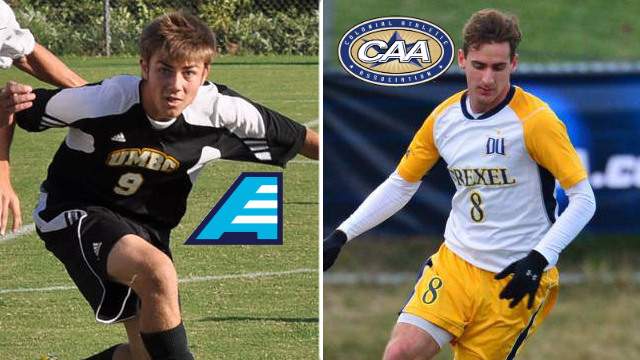 Firm eyes – and all the pressure – will squarely be on UMBC after last season’s NCAA tournament appearance via the conference tournament crown. Striker of the Year Pete Caringi III scored 14 goals last season, and he’ll look to send a message to pro scouts about his next level credentials during the upcoming season. Entering the season as favorites, UMBC is back-stopped by senior defender Phil Saunders, who anchors the team’s defense.

Looking to hunt down the Golden Retrievers is Stony Brook. The team will have to figure out how to do that without the services of midfielder Leo Fernandes, who went on to ink a pro deal with the Philadelphia Union. That loss will be a tough blow, but the team’s top returning scorer has a few years ahead of him, as sophomore Alejandro Fritz, with five goals and six assists last season, will aim to jumpstart the offense.

The team that turned in a surprise campaign last year was Vermont, which went through the conference slate unbeaten, only to get tripped up in the conference tournament semifinals. All-Conference goalkeeper Conor Leland is going to be the key to repeat success once again.

Making an entrance into both the Atlantic 10 and Division I soccer is Massachusetts-Lowell, which posted an impressive mark in 2012. Of course, that isn’t considered quite as much as the program gears up for the next level, aiming to make a splash in lieu of the departed Boston University.

Few conferences have seen a shift like the CAA has in the past year. Four teams left, with the College of Charleston entering as the replacement ahead of the new season.

After putting together a quality campaign and making the NCAA tournament – one of three CAA teams to make the postseason – Northeastern is favored to top the charts again despite the loss of the Player of the Year Don Anding. However, plenty returns for the Huskies, including defenders Simon Cox and Ambry Moss, while up front Terence Carter and Donovan Fayd’Herbe de Maudave will look to help cope with Anding’s graduation.

Not too far behind NU is Drexel, with senior midfielder Nathan Page earning headlines in preseason as the CAA preseason Player of the Year in recent voting. It’s more than a one-man show, of course, as midfielder Ken Tribbett and junior defender Tal Bublil are both strong complements.

Seven starters are back for James Madison, which was another team in the thick of things last season. Sophomore defender Bjarki Aðalsteinsson is poised to build off a strong first year in college soccer, providing a solid nucleus at the back, while the team is hoping to get plenty of goals from forward Josh Grant.