Choppy going as DII closes in on postseason 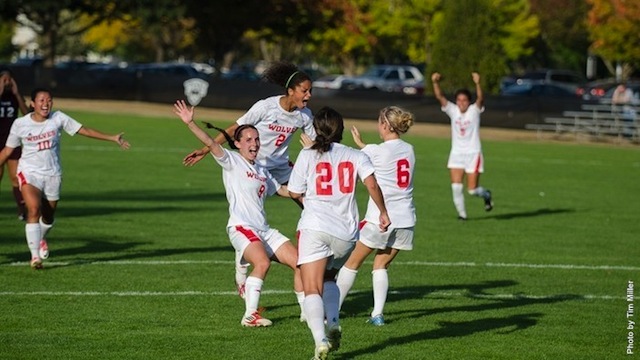 We reached the end of another week in Division II soccer, and while the top 10s on both the men’s and women’s sides continued to churn, the respective top teams for each held serve.

On the men’s side, LIU Post overcame a 1-0 halftime deficit against Molloy on Wednesday en route to an eventual 2-1 win. A 5-1 win over St. Thomas Aquinas on Saturday was a hearty bookend to the weekend’s proceedings. Meanwhile, the Grand Valley State women continued their history-making season. A 13-0 win over Tiffin on Sunday propelled the Lakers to their 13th shutout in 13 games to start the year. They also sport an incredible 58-game home winning streak, the second longest in DII history. Both streaks could be their own national records soon enough.

Here’s how a number of other contenders fared last week.

This time of year, teams that started the season in the top 10 are essentially fighting a war of attrition. Try to hold onto your gains without slipping. The Western Washington women learned how hard that can be over the weekend. The Vikings started the year 12-0-0 and were the last women’s team in last week’s top 25 to have a perfect record. With Grand Valley State in the mix, that was no mean feat.

But that’s over now.

Western Washington spent four weeks at No. 2, but a 1-0 upset loss to Western Oregon on Saturday ended dreams of an unbeaten season. Incredibly, the Vikings outshot Western Oregon 18-2, and the Wolves’ lone goal in the 44th minute marked the first time all year Western Washington had trailed. After their Great Northwest Athletic Conference setback, the Vikings have four more regular season games to assure they win another conference title.

Young Harris College is nestled in the mountains of north Georgia, and its men’s soccer program has had a two-year run unlike any in its history. Last year, the Mountain Lions climbed as high as No. 6 in the nation for the first time in program history. Last week, they got to that plateau for the second time in as many years, and this time they don’t appear as though they’ll be relinquishing the spot any time soon.

Young Harris(m) celebrated its return to the top 10 with a 2-0 win over Mars Hill and polished off the weekend with a 5-0 romp over Georgia Southwestern. The Mountain Lions are now 11-1-0, 5-0-0 in conference and have won nine straight. We’ll get a real gauge of whether Young Harris is for real this week when it travels to top 25 power Lander on Wednesday.

It wasn’t that long ago that Canadian program Simon Fraser was the darling of DII men’s soccer. The formerly No. 1 Clan won their first eight games of the season by outsize margins, including their first four in the Great Northwest Athletic Conference. The teeth of conference play has since slowed Simon Fraser’s magnetic run.

Simon Fraser suffered its first setback of the season at Seattle Pacific on Oct. 3, and a trip to Bismarck, N.D. last week wasn’t much easier. The Clan trailed Mary before storming back to level the game at 2-2, which is where it stood. After the game, Simon Fraser coach Alan Koch commented about how “this game was a great example of how tough it is to play in the GNAC.” No arguments here.

If anything seems certain, it’s that the return match between Simon Fraser and Seattle Pacific later this season will be decisive. Simon Fraser is currently 7-1-1 in the league. Seattle Pacific is 6-0-3, just one point off the Clan’s league-leading total of 22 points. One of the hottest men’s conference races in the country will likely come down to the wire. As it should.