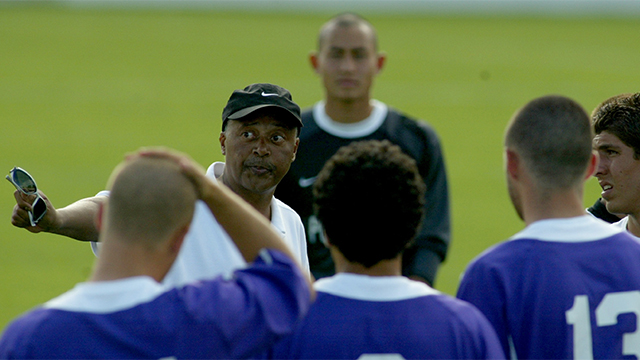 The Soccer Collective On Racial Equity (SCORE) announced today the creation of the Clive Charles Diversity Hiring Initiative. Partnering with Black Players for Change and the USL Black Players Alliance, the initiative is designed to create and increase pathways of entrance, advancement and representation for emerging and current Black soccer coaches.

"The Clive Charles initiative represents both acknowledgement of the current lack of Black coaches and tangible action to create processes to move towards equitable opportunities in the sport of soccer,” Justin Morrow, BPC Executive Director, said in a press release.  “We are encouraged by the enthusiasm in response to this initiative  by Division l Soccer programs and hope that our progress will be a guiding light as we continue our fight for equality.”

SCORE will maintain a ready list of black men and women soccer coaches (or former players interested in coaching). Coaches and athletic departments from the repective schools will interview at least one candidate from the list when positions at each program open up.

The initiative isn amed in honor of Clive Charles, who led the Portland men's and women's soccer program, and winning a national championship with the latter. Charles also coached the U.S. Under-20 WNT and the U.S. U-23 MNT, guiding the men to a fourth-place finish at the 2000 Olympic Games.

“My championship success at every level of the entire American soccer ecosystem can be directly traced to Clive Charles, who had a massive impact on me as I was starting my professional journey,” Allen Hopkins, SCORE Executive Board member and crafter of the initiative, said in a statement.  “Clive was a great man and this initiative is designed and engineered to support and inspire today’s generation of Black coaching talent.”