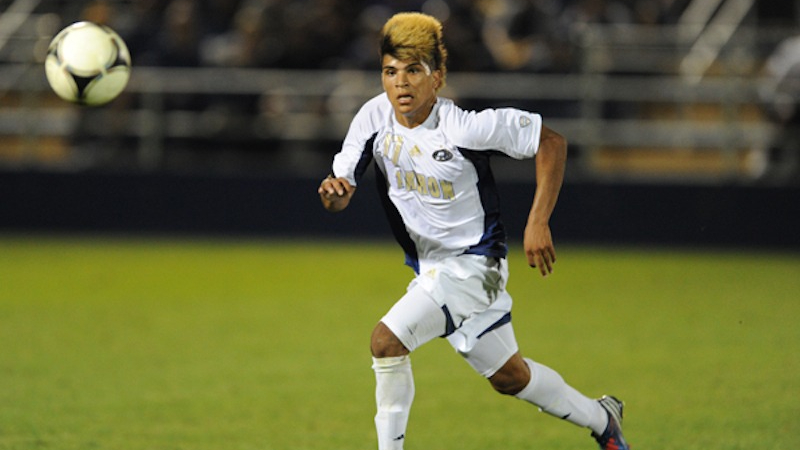 Cristian Roldan signed every autograph. The Seattle Sounders star and USMNT international was at his alma mater, watching Washington as it navigated its 2022 slate. And as the hundreds of kids lined up for pictures, signatures and greetings, Roldan took time for every single one.

He’s one of a handful of US and Canada internationals that graduated from the American college system to be on the plane to Qatar for the 2022 World Cup. And although all of them play different roles for their teams — and have varying connections with their coaches — those that oversaw their development still see a little bit of the college kid in them.

“We just saw something in them. Their strength, their character, their toughness, and then we knew we could use that,” Akron head coach Jared Embick said.

14 college grads will represent the two countries over the coming weeks. They range from graduates of blue chip programs, with national championships and individual accolades to their name, to alumni of comparatively small schools, which allowed them to develop over the course of four years. Some of them will start. Furman’s Walker Zimmerman and Fairfield’s Matt Turner are locked in for the US. Syracuse’s Kamal Miller and Tajon Buchanan, Wake Forest’s Alistair Johnston and Connecticut's Cyle Larin all figure to be among the XI for Canada.

Others might get looks off the bench. DeAndre Yedlin, Roldan, Dayne St. Clair and Jordan Morris all benefitted from the college system in their youth development. And those who coached them see those years as crucial.

Such was the case for Johnston. The Canadian defender came to Wake Forest after two years at St. John’s without a defined position. Head coach Bobby Muus needed a center midfielder at the time, and Johnston didn’t quite fit the archetype he was looking for. But he saw something in the young Canadian and surmised that he could make an impact immediately — in a variety of positions.

“I was very honest with him. I said: ‘We don't need you, we want you,’” Muus recalled. “We wanted him because of the person that he is, the competitor that he is the leader that he is.”

So, he slotted in. Muus tried him all over the pitch, entrusting the transfer with minutes off the bench. At times he was a No. 8, playing alongside the more attacking Bruno Lapa. There were experiments elsewhere, too, but nothing seemed a perfect fit.

Then, 2019. The right back spot opened up and Muus told Johnston it was his — if he was willing to work for it. Johnston was accordingly diligent, logging the hours and adjusting to the position.

“That was always in the back of my mind. When we can transition him there? And he made a smooth transition,” Muus said.

Johnston played nearly every minute as a senior, anchoring a Demon Deacons backline that made it all the way to the College Cup.

“I would never tell that kid what he can't do,” Muus said.

For college scouts, it was pretty clear that DeAndre Yedlin was in the wrong position. The Seattle product was a center midfielder throughout his youth career. And although his talent was clear to see, a central role didn’t maximize his athletic gifts. Embick was an assistant coach for Akron at the time when a US youth national team scout told him that Yedlin had a high ceiling if he switched to right back.

As a senior in high school, Yedlin dabbled in that position. When Akron brought him in, it did so on the premise that he would play off the right. And it worked. The coaching staff designed a system in which Yedlin could scamper forward with defensive cover. He tallied 12 assists across two seasons before signing with the Sounders as the club’s first ever homegrown player. Though he is in the US squad mostly to provide cover, the right back is the only senior US player to have appeared at a World Cup before. That experience could be invaluable.

Maryland head coach Sasho Cirovski knew he was getting something special in Dayne St. Clair.

“He came highly recommended from one of the really all time great goalkeepers here at Maryland, Carmine Isacco,” Cirovski said. “He has rarely recommended players, and he called me and said: ‘you need to get David Sinclair.’”

But he didn’t quiet inherit a complete player. St. Clair had a good left foot and impressive shot stopping ability, Cirovski said, but there were some elements of his game that needed cleaning up. Those imperfections weren’t amended in time for the goalkeeper to start as a freshman, so he appeared sparingly — beat out by the more experienced Cody Niedermeier.

Still, St. Clair’s abilities were being noticed elsewhere, with the Canadian receiving a call up to the national team U 20 setup as a sophomore — rendering him out for half of the season. St. Clair redshirted the year, keeping his eligibility alive while also getting high level reps against international competition. The next year, he earned the starting job and quickly became a fan favorite.

“He was capable of making incredibly silly plays to keep you in a game,” Cirovski said.

More youth national experience followed, and by 2018 St. Clair had a College Cup ring to his name, and a spot on Minnesota United’s roster to play for. Now, that same goalkeeper — albeit with fewer imperfections — is appearing in the World Cup.

For Cirovski, Muus, Embick and many other coaches, the connections still remain. Johnston spent a week in Winston-Salem, North Carolina with the Demon Deacons last year. Cirovski and St. Clair speak every so often — usually after big games or landmark performances. And in some cases, the connections run deeper — such as Roldan and his willingness to talk to every last young fan.

But regardless of whether these players give an odd nod to a place they called home from afar, or regularly venture to their old digs, there’s still a little bit of the college kid in each of them now. Their coaches know it.