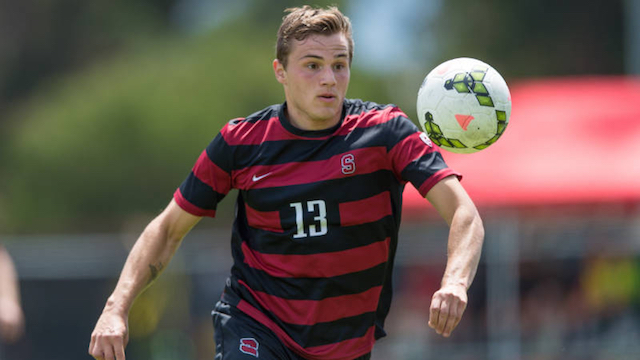 The college soccer season is just over a month away, and it could be one for the history books. Stanford’s Jordan Morris continues his meteoric rise through the national team system and has emerged as a consistent call-up for the men’s national team while still starring at the collegiate level. Georgetown’s Joshua Yaro continues to put off a professional career as he elongates an already stellar collegiate career with the Hoyas.

It’s a rare day when so much talent elects to stay in the college game, but it’s setting up for an exciting 2015 season.

Over the past few months, TopDrawerSoccer reached out to college coaches across the country to try to get their thoughts on the best players in the game for this season. TDS sent out a survey with six questions: who is the best defender, midfielder, forward, goalkeeper, player and who is your pick as the breakout player for the season. The results of the survey are anonymous.

If you are a college coach and interested in participating in the coaches survey next season, please email jeskilson@topdrawersoccer.com.

Kentucky senior Callum Irving was the top vote getter for the best goalkeeper in college soccer. Irving recorded 10 shutouts in 2014 with a 0.98 goals against average. He made 65 saves over the course of the season. The Whitecaps Academy product has started all three years for the Wildcats. He is the reigning Conference USA Player of the Year.

Georgetown junior Joshua Yaro collected nearly all of the votes in the best defender in college soccer category. Yaro’s earned acclaim from coaches all across the country after three stellar seasons with the Hoyas.

The best midfielder race was wide open with a number players garnering multiple votes. In the end, Notre Dame senior Patrick Hodan was the winner with the most votes. Hodan had nine goals and three assists last fall to lead the Irish.

Jordan Morris was easily named the best forward in college soccer. The Stanford star scored four goals and had six assists as a sophomore. Morris proved to be one of the most dangerous players in college soccer.

For the best player overall in college soccer, Jordan Morris beat out Joshua Yaro for the honor with only a few more votes than the defender. It was a large gap between second and third, but there were still other players who received votes including Abu Danladi (UCLA), Freddy Ruiz (UAB), Arun Basuljevic (Georgetown), Bradley Bourgeois (Tulsa), Fabian Herbers (Creighton), David Graydon (Saint Louis), and Michael Gamble (Wake Forest).

* freshman in the fall