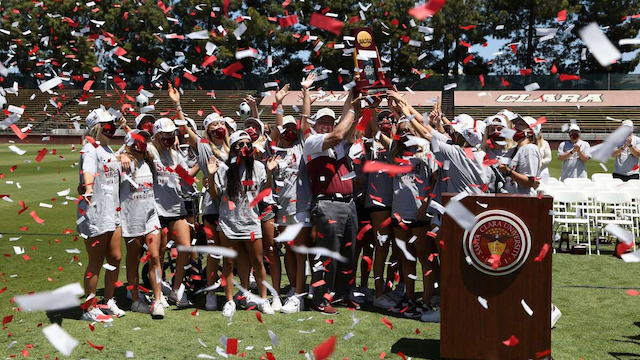 The 2021 Women’s College Cup is being moved to Santa Clara University, the school announced on Thursday. The original venue, PayPal Park formerly Avaya Stadium, is no longer available due to the updated MLS playoffs schedule.

Santa Clara, the defending Division I champion, will serve as the host for the event, which will be held in the Bay Area for the third time since 2016.

"It's an honor for Santa Clara University to host this national event," Renee Baumgartner, Santa Clara Director of Athletics said in a press release. "Our school has a rich soccer tradition and that was on display just a few months ago when our women's team claimed the program's second NCAA title. Our campus and the local community are passionate about soccer and thrilled to support the NCAA College Cup.”

This is the first time the Women’s College Cup has been held on a college campus since 2014 when it was held at the Florida Atlantic Stadium.