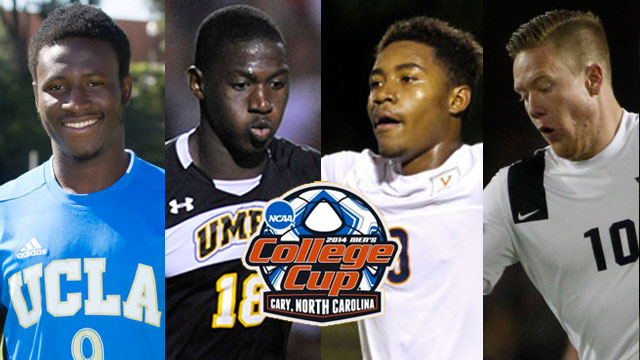 In addition to being a vehicle to crown a new national champion, the Men's College Cup also serves as a glorified showcase for a handful of the nation's individual breakout stars. It's where two-time Hermann Trophy winner Patrick Mullins made his biggest mark for Maryland, and it's where a grouping of top players will attempt to throw down a marker and lead their team to a championship.

Here's a look at eight of the best players left in the tournament as the semifinals of the College Cup in Cary, North Carolina approaches on Dec. 12. From underclassmen joining the radar for the first time to heavily-scouted seniors, this group from UCLA, Providence, UMBC and Virginia has it all.