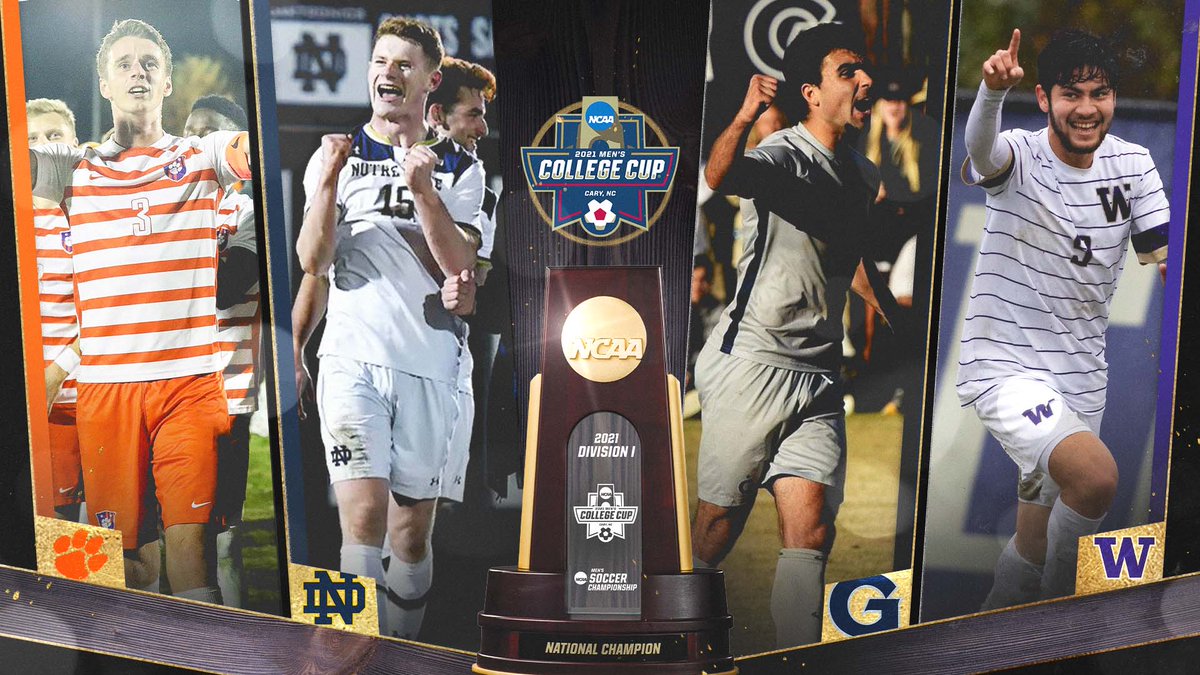 After playing the NCAA tournament this spring, a second national champion will be crowned this weekend in Cary, N.C. as the men’s DI tournament finishes.

Preview both of the matches below.

The all-ACC matchup opens the College Cup, with the geographic advantage for the Tigers. That could turn the stadium orange, at this for this match, as Mike Noonan’s program chases the national championship. This year’s team has plenty of experience and quality, with Oskar Agren anchoring the team’s back line in front of goalkeeper George Marks. The offensive impetus has come from the collective as opposed to one or two players; Luis Felipe Fernandez-Salvador and Isaiah Reid have a team-high seven goals, as 12 players have found the back of the net. Agren’s scored three himself, including a pair of spot kicks. This marks the second matchup between these two teams, as Notre Dame visited Clemson back on October 9. Noonan did note in his pre-College Cup press conference that he was pleased with how the team played.

Both teams have ample experience and quality in their team, with several seniors getting big minutes. That includes defender Philip Quinton, forward Jack Lynn, midfielder Mohamed Omar and grad student Dawson McCartney. That’s surely a big part of the team’s run down the stretch, as they have one loss in the past 15 games. Sprinkled throughout the team are freshman talent, like Eno Nto and Joshua Ramsey that can certainly contribute in their own right. Sophomore Bryan Dowd played the role of hero last weekend in the shootout against Pitt, and he is more than capable of making a big save or two. The goals are almost certain to be at a premium in this one, as both teams will play safe and look to capitalize on their big moments.

The lone team to progress to the College Cup without going to a penalty shootout, Washington represents the West Coast and has been one of the best teams all season. Good from back to front, the Huskies can hurt opposing teams in a variety of ways: building up through the midfield, hitting on transition or striking on set pieces. Dylan Teves has been one of the big reasons for their success in the tournament, scoring hat tricks in back-to-back games. But like the other teams, it’s not just one star player doing the business, as Raul Giovanni Miglietti, Nicholas Scardina and even center back Ryan Sailor have popped up to score big goals when needed.

Zooming in on the midfield battle is what could decide this game. Georgetown aren’t prolific offensively either, but have the two best midfielders in college soccer in Dante Polvara and Sean Zawadzki. Kalani Kossa-Rienzi and Christian Soto will have that job of trying to win possession and look to set the table for a Huskies win. If Polvara and Zawadzki can dictate the game, they’ll look to the attacking exploits of William Sands, Zach Riviere or Stefan Stojanovic to unlock the tough UW defense. These two sides played at Georgetown in the quarterfinals during the Hoyas’ national championship winning season and produced a tough, tight game. More of the same seems inevitable.