College Players to Watch in the PDL: Pt. 2 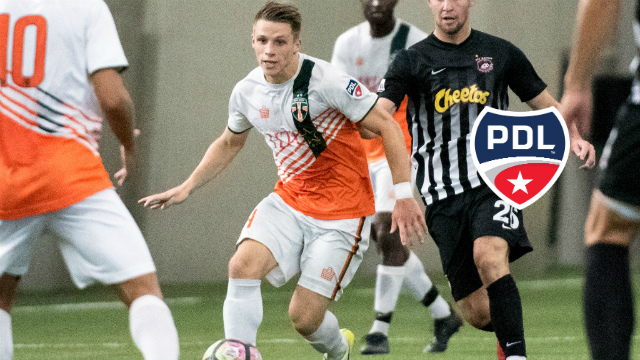 This week, topdrawersoccer.com will look at 10 college players to watch from each conference ahead of the start of a new season.

Below are 10 Division I players from the Central Conference to know this season.

The rising senior is on the move this year, transferring to Akron. A quality player in the final third that can score or create, he’ll suit up for Chicago FC United during the summer.

Featuring predominately as a super sub during his freshman year at Duke last fall, Wright scored three times and added two assists. He’s a dangerous player in the final third and can beat defenders off the dribble or finish. The Michigan Bucks-Lansing United rivalry should be a pinnacle of the PDL this summer.

The big striker is a handful for any defender in the college game, and he’ll look to make that translate into the upcoming PDL season. A former Chicago Fire Academy product, Sierakowski is a senior in the fall, and can build a strong case for a pro career with a standout summer heading into one more year with MSU.

A central defender from an NAIA program, Osmond earned PDL Player of the Year honors, and is back in Thunder Bay for a fourth straight summer. Osmond is good in the air, and backs that up with his ability to read the game to snuff out dangerous situations. He’ll be one of the best players in the Central Conference, if not the entire league, this season.

The Big Ten Freshman of the Year in 2016 tailed off a bit last fall as a sophomore. A quality midfielder that can make things tick over with possession, Barone will look to impact PDL games this summer on another deep and talented Michigan Bucks side.

After transferring to UIC from Akron ahead of the 2017 season, Perez was a hit closer to home, netting All Horizon League First Team honors as UIC made it to the NCAA tournament. He led the team with eight assists and can certainly replicate that on a Chicago FC United team that will be spearheaded by Sierakowski up front.

The dynamic forward/winger can create all kinds of problems for opposing defenses with his speed and athleticism. Being consistent when he’s in dangerous spots is one of the things that he can sharpen up later this fall as he prepares for a significant senior season.

One of college soccer’s most underrated talents, Dunwell’s been a key piece for Wake Forest over their past three seasons of success. A holding midfielder that can sit in front of the back forward and pick a pass, he’ll be back with the Bucks for one more PDL season prior to his senior season.

Rare is it to see a player with a full national team appearance in the PDL. But Ibisevic, who is entering his junior season at Omaha, managed that when he came off the bench in January in a friendly against the U.S. Men’s National Team. A forward that can finish chances or combine well with teammates in buildup play, Ibisevic is one of the top attackers to watch in the Central Conference.

The midfielder’s been a solid player in his two seasons at Morgantown the past two seasons and he’ll be close to home this summer competing for Kaw Valley. One of the newest members of the PDL, Lucas is likely to see significant minutes for the new side.