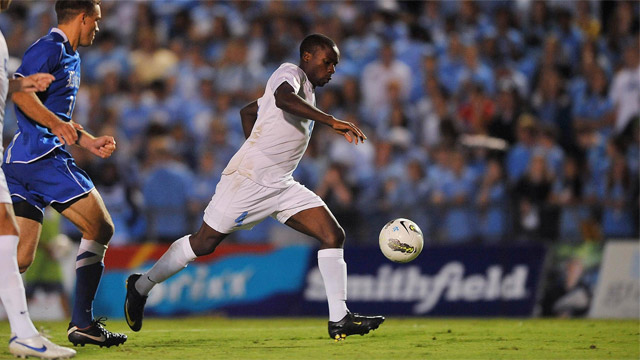 With CONCACAF Under 20 qualifying in February, each and every camp for the U.S. U20s is of vital importance.

As the tournament nears, camps such as the early October trip to Spain help head coach Tab Ramos continue to narrow his player pool.

A FIFA international break coincided with this specific jaunt, giving him a chance to look at several players at European clubs. 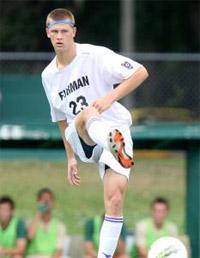 But also getting the opportunity to prove themselves were seven college players, as Mikey Lopez, Boyd Okwuonu (North Carolina), Kendall McIntosh (Santa Clara), Eric Miller (Creighton), Dan Metzger (Maryland), Javan Torre (UCLA) and Walker Zimmerman (Furman) made the trip, with the hope of securing a spot on the qualifying roster next year.

In what was a divergence from this year’s narrative, results at the Marbella Cup were positive, as the U20s won two out of three games against Canada, Scotland and Azerbaijan.

“I would say that this was one of our most successful trips as far as our team play, which was really encouraging,” Zimmerman told TopDrawerSoccer.com. “Not only getting those two results, in those last two games, but the way we played, the way we created chances. It was very encouraging, and good to have guys who were released from their international break.”

Prior to the trip, Ramos’ side had struggled against international competition, with a record of 1-5-0 in 2012. However, the group wasn’t totally down on the performances, just not getting the results, be it a failure to score or properly defending a lead.

In Marbella, things started to come together a bit more as the team continued to improve. They managed to string together a 2-0 win over Scotland and 3-2 defeat of Azerbaijan to finish off the three-game swing after dropping the opening game against Canada. Getting the results was certainly a welcome development for the group.

“It’s been kind of frustrating because obviously when people have seen the results in the past, they don’t really get to see the games to see how we actually play,” Zimmerman said. “We felt like as a team we’ve had the run of play and had more chances than the other teams but we couldn’t get the results we wanted. I would say that this trip, everything started to come together. We had our most successful play and obviously getting the results. It’s finally good to see us having the run of play, creating chances turn into victories for us.”

Added Lopez: “It helped our confidence winning those two games, and I think we won the tournament, so that was another major confidence booster for us. That camp and that tournament was good for us as a team because we got better and then we got the results that we wanted.”

Of course, for the college players, the trip came smack in the middle of the season, with six of the seven (Metzger joined the team before the final game) players missed between two or three games while abroad. But in most cases, coaching staffs of each respective school supported the call-ups, despite it setting the kids back in the classroom.

“The coaches at Creighton were really awesome about it, they were really excited,” Miller told TopDrawerSoccer.com. “But it was really tough academically to miss two weeks of school.”

That said, for a player like Lopez, the challenge was adjusting to a different role. With the U20 national team, he plays a little higher up the field as a No. 10, while with North Carolina, Lopez is one of the best deep-lying midfielders in the country, buzzing around the field, winning balls and setting up teammates higher up the field.

The variations gave him something else to cope with, not just the travel, jet lag and missing a couple weeks of school.

“It was kind of difficult for me, and when I got back here it was kind of hard for me to adjust because the way I’m suppose to play is different here,” he said. “It was a little hard, but I was able to manage it.”

Now, the focus shifts to the next camp as preparations continue for CONCACAF qualifying. And it’s certain to be in the back of players’ minds that the group missed out on the U20 World Cup during the last go around in 2011, perhaps ratcheting up the pressure a little bit.

But the players know they’ll be ready, understanding what needs to be done – and hoping to be on the roster, especially those that sacrificed part of their college season to contribute and represent their country.

“I would say our positive attitude in training and our work ethic has been very good,” Zimmerman said. “But I think coming up in qualifying in February we’re going to have to be focused, because these games can be determined by one sloppy play, one second when we’re not tuned in. So it’s going to take a lot of focus, we’ve got to be tuned in to every second of those qualifying matches, and I’m sure it’s something we’re going to get ready for and be ready for come February.”