Twenty American players are on a mission starting Monday: qualify for the Under 20 World Cup in Turkey this summer.

Standing between head coach Tab Ramos and his troops is a tricky CONCACAF World Cup qualifying tournament, as the U20s aim to erase bitter memories of the program’s failure two years ago, and provide an injection of optimism for its youth setup.

“We are very excited to begin our final preparation for World Cup qualifying,” Ramos said in a conference call last week. “We’ve had eight camps already and we feel good about the group that we’ve selected.” 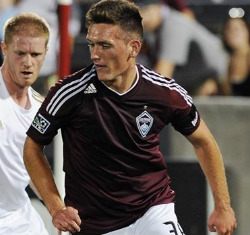 Ramos, the former U.S. international and arguably one of the best players ever to don the national team jersey, is in charge of qualifying after assuming the reigns from Thomas Rongen in 2011. Under his watch, the team’s form has been spotty at best, though if Ramos is able to lead this group to a spot in the World Cup, nothing in the buildup will be remembered.

Over the last year and a half, Ramos has called in players from different corners of the world, eventually settling on his current group of 20 to successfully navigate their way through a group consisting of Haiti and Costa Rica, all the way to a do-or-die quarterfinal matchup that will have a spot in the World Cup on the line.

Qualifying from CONCACAF is no easy task, and Ramos has tabbed a variety of players in his final roster. Thirteen of the 20 are all professionals, with six players originating from the college ranks, and a single player from the USSF Development Academy. The task at hand is known, the question is whether or not Ramos can get this group to get the job done and make the World Cup.

D Shane O’Neill (Colorado Rapids): The expected starting center back for the U20 MNT this cycle was a forward on the Colorado Rapids U18 Academy team at the start of the 2011-12 season. After moving back to a defensive midfield role, then signing a deal with Colorado’s first team, O’Neill will get his chance to shine in the spotlight and play a huge role in this tournament. It’s all come along quite quickly for O’Neill, who now has the task of guiding the team’s back line through the tournament. A steady defense is a huge concern and if the Rapids defender steps up and embraces the chance, it would go a long way in assuring the team of qualification.

“He works very hard, he can play either the 6 role, which is a defensive midfield role, or he can play a center back role on the right side, which is a great help for us because we’ve been a little bit depleted in that area,” Ramos said of O’Neill. “He’s done a great job. I think he’s going to be an important part of this group, and possibly not only for this part of it but moving on if we’re lucky enough to move on.”

MF Luis Gil (Real Salt Lake): The most experienced professional player on the team, Gil has more than 50 appearances for Real Salt Lake and needs to be a key cog in the midfield for Ramos’ team, linking the defense with the attack in order to help make things happen offensively. His leadership ability isn’t really what he’s known for, but his background and experience with both RSL and youth national teams is going to be extremely valuable in these two games, and hopefully beyond.

F Jose Villarreal (LA Galaxy): The dynamic attacker has surged onto the youth national team radar over the past two years, ever since a breakout performance on Pateadores’ U18 Development Academy title winning team back in 2011. Since then, Villarreal inked a pro deal with LA Galaxy, and hasn’t looked back - making seven appearances for the Galaxy in 2012, and scoring his first professional goal against the Vancouver Whitecaps. Likely to provide attacking width in Ramos’ preferred 4-3-3, Villarreal is almost as important to this group as Gil will be.

MF Benji Joya (Santos Laguna): Joya is a bit of an unknown from a youth national team perspective. The former De Anza Force standout had not received much of a sniff from any U.S. national team team prior to this U20 cycle when Ramos called him in. His arrival to this stage is not entirely different from others on this squad though. Joya bypassed a scholarship to play at CSU Bakersfield after high school in 2011 and signed with Santos Laguna in Mexico. In September of 2012, he made his professional debut with the club. The midfielder has made four appearances this season, as he continues to fight up the depth chart for the Mexican club. For the U20 squad, he figures to be in contention for the No. 8 jersey. Joya has made five appearances already for Ramos’ group in the run-up to the event.

F Jerome Kiesewetter (Stuttgart): The German-American striker, who features regularly with Stuttgart’s reserve team, was a late addition to the CONCACAF Championship roster. Although the limited time in camp would suggest he may be on a different page than the rest of the squad, Kiesewetter’s quality will make it difficult for Ramos to keep him on the bench on any point. The six-foot tall target striker is the clear cut No. 9 for this age group, and likely to be a handful for CONCACAF defenses.

There are no easy games in CONCACAF qualifying. If that isn’t something the U.S. U20 coaching staff hasn’t hammered home, it could prove to be the team’s undoing. Last year’s U23 qualifying debacle showed that, and this tournament provides opportunity to make up for past shortcomings.

U20 qualifying is already a different beast because of its format: the U.S. is in a three-team group alongside Haiti and Costa Rica, with the top two advancing to the all important quarterfinal. The four teams that make the semifinal stage qualify for the World Cup in Turkey.

Ramos has had the chance to scout both Haiti and Costa Rica at different junctures last year, and will get the first test against Haiti, which he says is the team’s main focus right now.

“Haiti is a very athletic team,” he said. “They’re a very strong right-sided team where they go forward pretty well. They have, for years, had skillful players. This time around they have a good combination of skillful players that can cover a lot of ground. There’s no question that Haiti will make things difficult for us.”

Haiti’s Chery Johnley led the team in goals scored in the U20 qualifiers, while Fede Dumy also posed an attacking threat. Getting a result (especially a win) in the opening game would be ideal for the U.S., as it would all but seal at least a first or second place finish in the group, though that depends on the result of the Haiti-Costa Rica matchup as well.

However, Costa Rica will provide a much sterner test. The Central American nation’s program is definitely on the rise, and their roster for the tournament includes players based in Belgium, Italy and Argentina. That doesn’t necessarily translate to on the field success, but those players combined with a domestic-based team are sure to produce trouble for the Americans. 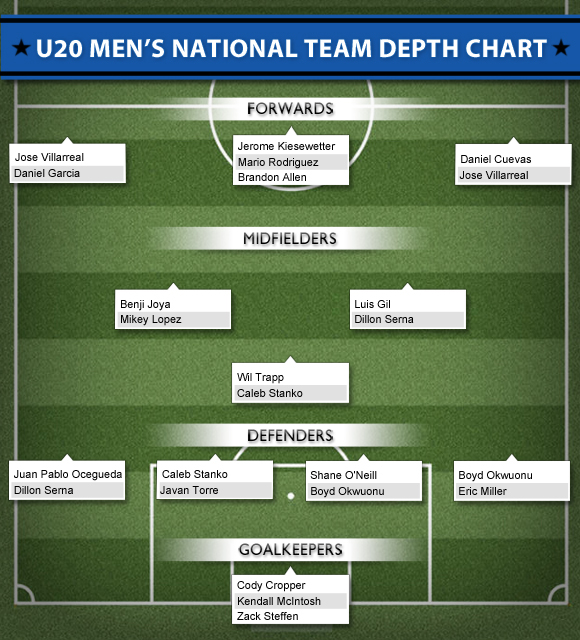