The never-ending carousel of college conferences continued to twirl in earnest in May, leaving another a trio of college soccer programs with a new home.

Most teams won’t have to deal with change right away, but VCU is going to swap the CAA for Atlantic 10 starting in the fall of 2012.

“It was very quick,” VCU men’s head coach Dave Giffin told TopDrawerSoccer.com over the phone. “Certainly quicker than what any of us expected to happen.”

The move to the A10 was fueled by the school’s burgeoning basketball program, which has made late runs through the NCAA tournament over the past few years.

It leaves both the men’s and women’s soccer teams –programs that have enjoyed decent results in the past few seasons – with a new conference to compete in this fall. 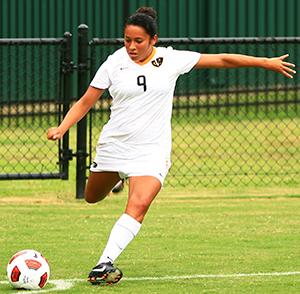 That provides new challenges, as the men aim to compete with the likes of Charlotte, Fordham, Saint Louis, Xavier and George Washington, while the women look to contend against La Salle, Dayton and crosstown rivals Richmond, all who fared strongly in 2011.
From the men’s perspective, Giffard is excited about the new schedule allowing for an increase in the number of out of conference games he can throw on the schedule, one factor he hopes to continue to help grow his program.

“Moving forward, one of the nice things about playing fewer games in the league – right now the A10 plays nine, where we played eleven in the CAA – You have a lot more flexibility to play all the top programs in the country,” he said.

“That was one of the things I think I really enjoyed with the flexibility of when I was at Akron for example, was we had not as many conference matches which allowed you to go and test yourselves out of the league and schedule the best teams that you can, and prepare yourself for the postseason.”

The move to the Atlantic 10 could also help foster a city rivalry, as it means VCU is set to share a conference with crosstown school Richmond. The teams have played each other of late, but it helps to raise the matchup’s profile by adding more implications to it.

“Like anything, when you’re in a conference, the games in your conference are a little tougher,” Giffard said. “They always mean a little bit more and so sometimes those same two opponents played out of the league the match wouldn’t have quite as much on the line, but when they play within the league, it can create some good .

Giffard also added that he’s hopeful of keeping intact some of the in state rivalries cultivated within the CAA, as they’ve had compelling matches against the likes of William & Mary and James Madison in the past.

While VCU is the only team with a new home for this coming fall, it wasn’t the only program the CAA is set to bid farewell to. Old Dominion announced that they would move to the Conference USA starting in the fall of 2013.

They’ll be joined in the Conference USA by the return of Charlotte, which is actually making a return to the conference they left back in 2005.

Even though he’s looking forward to the prospect of a move in the coming year – influenced by Charlotte’s new football program – Langan is setting the bar high for his team in their final year in the Atlantic 10.

“Every year we have the goals for the A10. Nothing’s changed for 2012 for us,” he explained. “We’re preparing to finish the A10 champions as we did in 2010. Our goal this year in the A10 is to be conference champions, something we’ve failed to do since we’ve been in it.”

All programs are aware that the conference shuffle has most likely not run its course. It’s simply a matter of sitting back and waiting to see how things continue to play out in the near future, while continuing to prepare their respective teams for the fall.

“We control what we can control, which is we’re going to be the best we can and play the best teams that we can play,” Giffard said. “Things will fall how they will in terms of who you get to play and what your schedule’s going to look like once the re-shuffling occurs within the different leagues.”