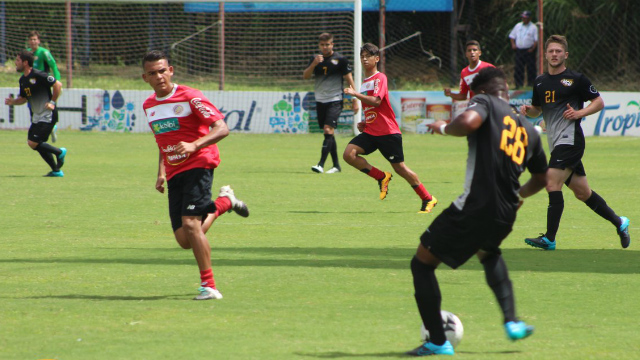 Given the constraints college soccer can place on a team’s opportunity for development, a summer trip can make a huge difference.

That’s the hope emanating from the VCU men’s soccer program after spending a week in Costa Rica from June 30-July 12.

Taking advantage of the 10 days prior to heading south to train in Richmond, Virginia, the stint in Central America should prove to be an extremely valuable asset once the season kicks off in a little more than a month.

“The whole thing, from the beginning to the end of our trip, was just amazing,” head coach Dave Giffard told TopDrawerSoccer. “It was a great trip for us, taking advantage of the ten days training of the front end was huge as well. We got three and a half weeks of extra training, games, time together as a team, bonding, all in all it was great.” The trip marked the first overseas excursion for VCU since Giffard took the reigns of the program back in 2010. Looking to put something together when a large number of players returning, the stars aligned for the Rams to head abroad this summer.

Giffard, who has had a number of players from Costa Rica pass through his doors in the past (including current Colorado Rapids rookie Dennis Castillo), knew that Costa Rica would be an ideal destination.

“For us, Costa Rica made a lot of sense,” Giffard said. “The climate is good that time of year, the competition is good, the first division is up and running, everyone is in preseason so getting games isn’t a problem… I’ve been to Costa Rica a lot, had been there as a player, some of the other things, the time together as a team, the country itself, whether it’s at the beach, volcanoes, zip lining, they had different things I knew guys would enjoy. It all made Costa Rica pretty easy to pick.”

Once on the ground, the whirlwind trip kicked off. Giffard had five games on the schedule, with a step up in competition each game. The first two took place against club teams comprised of players around 18-19 years old, which VCU won 2-0 and 5-2, playing on back-to-back days.

Next up was a matchup with the Costa Rican U17 national team, which resulted in a narrow 2-1 win for the college team. The team lined up against pro teams for its final two games. The first against Belen, resulted in a 3-0 loss, and the final outing against CF Universidad de Costa Rica ended 4-2 in favor of the pro team. Both of those teams finished in the top five of the Costa Rican first division last season.

The five games allowed Giffard to rotate his team significantly, and to gauge his depth ahead of the fall season.

“We never put a first eleven together, and we always rotated different combinations of guys, tried to put all of the guys in positions to do the same type of things they would be doing in the fall in a real game,” he said. “I thought all the guys really stepped up and played quite well.”

It was a frenetic stretched. Sandwiched between each game was long days full of training sessions, excursions throughout the country, zip lining in the junle and the odd chance to sit down and watch the final days of the European Championships.

Those stretches of the trip allowed the team to come together and bond as VCU seeks a return to the NCAA Tournament in the upcoming season.

Giffard already thought highly of the group prior to the trip, and is even more bullish afterwards, as it provided a great opportunity for the coaching staff to accelerate the team’s development curve.

“This group’s in a really good place,” he said. “We’ve got some things to get better at and sort out, but the extra time together, the extra games, kind of speeds [their development] along. We’re excited, optimistic about this group heading in to the fall.”