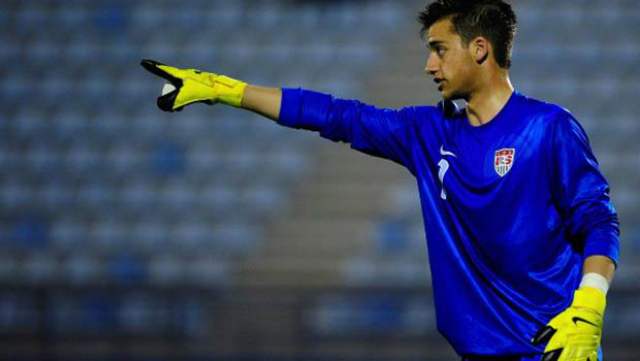 For the second time in three years, the U.S. Under 20 men’s national team is heading to Dallas Cup to compete in the vaunted youth tournament’s Super Group.

A handful of the players making the trip to Dallas are plucked from the professional ranks, either in MLS or abroad. Keep an eye on these five players who look to make their case for the U20s. F Jeremy Ebobisse, Duke – Earlier this year, Ebobisse announced he was taking the semester off at Duke to pursue professional opportunities. Social media has indicated that the hulking target forward spent time with NASL side Jacksonville Armada and has a training stint with Hoffenheim lined up. If he indeed has eyes on making the early jump to the pro ranks, competing against foreign clubs (including Hoffenheim) is going to be a huge opportunity.

M Cameron Lindley, Indiana Fire – One of the best players in the Development Academy over the past couple of seasons, Lindley is a verbal commitment to play this fall at North Carolina. A gifted midfielder who possesses a tremendous engine and decent technical abilities, his performance at Dallas Cup is going to be indicator just how high his ceiling is.

M Brooks Lennon, Liverpool – Aside from Christian Pulisic, Lennon’s arrival at Liverpool signifies the biggest club to employ an American youth player at the moment. The former RSL Academy attacker has plenty of talent, and the tournament provides a chance to see how he’s come along over the past few months while trying to impress coaches for the EPL side.

F Emmanuel Sabbi, Chicago Magic – With Sabbi, Ebobissee and Lennon on the roster, there’s potential in the U.S. trotting out an attack capable of putting up the goals. Sabbi, part of Akron’s 2016 recruiting class, has eight goals in 10 appearances for the Magic’s U18 Dev. Academy side. The athletic and dynamic forward oozes potential, and he’s become a fixture in this age group. Like Ebobissee, he’s certainly going to relish the chance to play in front of the scores of foreign clubs who will be in attendance.

GK James Marcinkowski, Georgetown – Any time a U.S. youth roster comes out for this age group, there’s one name amongst the goalkeepers that catches the eye: Jonathan Klinsmann. The Cal goalkeeper endured an up-and-down freshman season last fall, though still gets a look with national teams on a regular basis. His counterpart in goal shined for Georgetown, and if it weren’t for his height (Marcinkowski is generously listed at 6-foot-1) the San Jose Earthquakes Academy product is good enough to be a pro already. Ramos should give both a chance between the posts, making it an intriguing element to this tournament.