Debating the impact of conference changes Welcome to the Wednesday, July 18 edition of the TopDrawerSoccer.com Round Robin, where our editorial staff members weigh in on important topics in the world of American soccer. Please note that each opinion expressed is that of the author giving it, and not necessarily editorial policy at TopDrawerSoccer.com.
One of the biggest story lines of this year in the college athletics season has been the shuffling of conferences by a number of programs, as athletic directors chase the TV money on offer from revenue sports. That leaves a significant impact for a number of college soccer teams across the nation, as coaches and players face new opposition in unfamiliar territory. 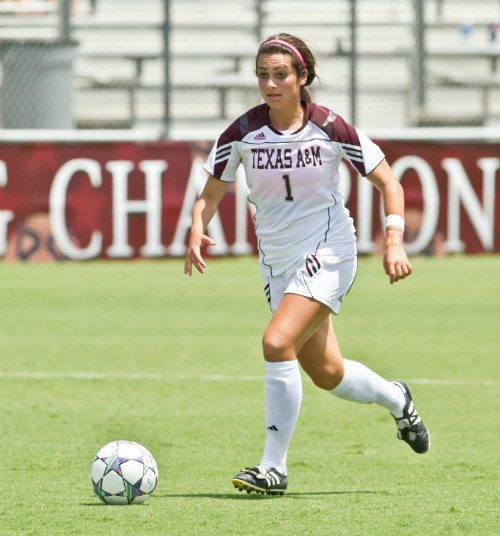 Texas A&M will play in the SEC this fall.

In today’s Round Robin, ESNN’s staff debates: How significant will the impact of conference realignment be on the upcoming men's and women's college seasons?

Travis Clark: The impact of conference realignment on this upcoming season isn't going to be as significant as it will be perhaps in 2013, when programs like Pittsburgh and Syracuse hop over to the ACC. Major conferences aren't as involved in the movement as they could possibly be further down the road, as it's safe to assume that the merry-go-round continues to shuffle the teams.

Of course, for those making the switch -- teams like Missouri and Texas A&M jumping over to the SEC, it perhaps will be the opposing teams impacted more, as they contend with a couple of more challenging programs and also face the difficulty of a swelling conference schedule.

Caroline Yort: Travel concerns are certainly no longer a factor when realigning conferences. Take this year's realignment of the WAC, for example.  The WAC now encompasses teams from Seattle to Ruston, Louisiana (LA Tech(w)), with teams from the states of Utah (Utah State), Colorado (Denver), and Texas (Texas State) and UT San Antonio(w)) stuck in between. That's a lot of travel, missed classes, and jet lag for a soccer team, but it's all in the name of football, right? Of course, WAC teams will no longer "have to" travel to Hawaii for games (oh well...sigh) with the return of Hawaii to the Big West.

I agree that the impact for top-ranked teams on the men's side will definitely be in the fall of 2013, but VCU's sudden move to the Atlantic 10 this year will give NCAA national finalist Charlotte some major competition, if only for a year until Charlotte moves to Conference USA. And West Virginia's move from the Big East to the MAC will give Akron even more legitimacy on the national stage.

J.R. Eskilson: In one word - unclear. There really is no way to know what the dynamics of the new conferences will be. Teams leaving, teams joining - at this point, it is difficult enough to keep track of who is going where and when. There are obviously big moves still to come, as Travis mentioned with the ACC, but also SMU and UCF jumping ship for the Big East and CSU Bakersfield filling out numbers in the Pac-12(which may be six or seven depending San Diego State.) In essence, this season is going to be exciting for the fact most conferences will have new teams, which gives fans and players a chance to compete against someone different. Personally, I am excited to see how things shake out this fall.

Travis Clark's Final Word: While the ramifications of the offseason shuffling is truly difficult and pintpoint, as J.R. mentions, it creates an exciting proposition of new teams playing new opponents. Texas A&M and Missouri come to mind in particular, as those two solid programs get a chance to test not only themselves in new territoriy, but offer opponents in the SEC a new look, and really help these programs gauge where they are on a national level.

Unlike a prestigious, consistent national contender changes conference (think a big ACC program jumping ship) the ripple effects of these moves are only minimal.