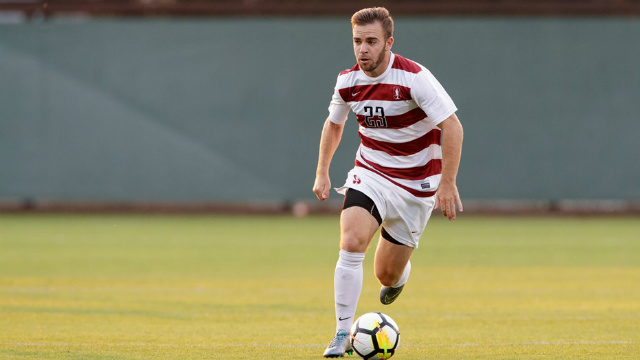 The Division I men’s soccer season continues to build its momentum with the holiday weekend approaching.

While not looking all the way ahead to Monday’s Labor Day action and the quality clashes that will be served up then, the next few days of the men’s season has five very good matchups to note.

While Maryland’s attacking qualities are very familiar to college soccer observers, the visit of UCLA on Friday night to Ludwig will provide a picture of where both sides stand early in the season. The Bruins’ roster was decimated by pro teams after last season, despite an uneven campaign. They’ve added a few players from domestic and international ranks, with senior Brian Iloski in need of a big year to drive the side towards being competitive nationally. UCLA’s back line will get a big test in this one, as they look to slow a Maryland attack that has six goal from its two games of the season, with big starts from Jake Rozhansky and Eryk Williamson.

An early in-state rivalry? Yes please. While the Tigers are handy favorites for this one, both because they are hosting, and possess a roster that looks deep enough to compete for an NCAA championship. Of course, the Gamecocks will be ready to put in a shift given the nature of the meeting. Clemson looks deep in its early round of action, as senior Diego Campos scored his first two goals of the season against Radford, while transfer Jason Wright already opened his account as well. With a strong opening weekend of their own to lean on, the ability of Luca Mayr to fashion scoring chances for South Carolina could increase the likelihood of an upset.

It’s just one game into the season, but the Cardinal already look like the deep, menacing force more than capable of winning a third straight national title. The arrival of Creighton to Palo Alto provides a program with plenty of pedigree to test Stanford’s mettle early in the season. The battle between Blue Jay Ricky Lopez-Espin and Tomas Hilliard-Arce in the Cardinal defense is going to be a big key. No doubt that Stanford will find a way to get a goal or two, whether through the brute force of Foster Langsdorf or the silky play of Corey Baird. If Creighton can threaten going forward, that could turn this clash into a higher scoring affair than first thought.

The start to the season has been a bit wobbly for the Huskies, losing 1-0 at home to open the season against Iona College. They followed that up with a narrow 1-0 victory against Qunnipiac, hardly the results that would inspire confidence ahead of Notre Dame’s visit. With Jeff Farina healthy and banging in goals up front next to Jon Gallagher, there is a lot of muscle going forward the Irish can throw at UConn’s back four. Whatever happens from a result perspective, there should be plenty of goals in this one.

A quartet of teams will descend on Bloomington, Indiana this weekend for a handful of intriguing games. With San Francisco and South Florida the teams making the trip to match up against Butler and IU, all four games should be interesting. However, the intrigue really swirls for this one, no matter the results from Friday. The early impact that Griff Dorsey, Mason Toye and Thomas Warr have already made up front for Indiana is going to be tough for South Florida to stop. The Bulls are still building under head coach Bob Butehorn, and he’ll look for ways for his new side to come away from Bloomington with a significant result.