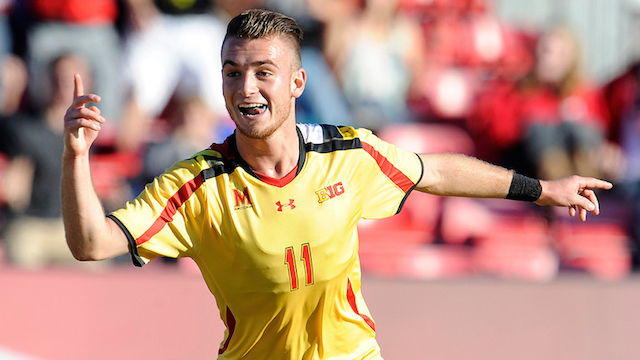 The Men’s Division I season begins on Friday, and there aren’t many teams easing into the season. With high profile matches across the nation, there is plenty to watch from the opening weekend of Division I men’s soccer.

TopDrawerSoccer breaks down some of the top games of the weekend below.

North Carolina, the No. 1 team in men’s college soccer, opens up the season with two home games. The Tar Heels take on Cal Poly on Friday and then close out the weekend against Saint Louis on Sunday. The second match-up earns the spotlight because it features some of the top freshmen in college soccer. Cameron Lindley, Mauricio Pineda, and Nils Bruening lead the way for UNC. Saint Louis brings in a talented squad to Chapel Hill, but freshman Saadiq Mohammed is the most famous player on the squad. His debut collegiate season will be one to watch.

The StubHub Center is the host of the best game of the weekend, as the Bruins meet the Terps in the season opener for both sides on Friday night. Transfers Gordon Wild and Jake Rozhansky are set to make their Maryland debuts in the opener while UCLA is counting on the experience of Jackson Yueill, Abu Danladi, Seyi Adekoya, and others to secure the win in the opening game. This is the one to watch for professional level talent in the college game.

Akron enters the 2016 season with high expectations. The Zips managed to keep hold of star midfielder Adam Najem despite interest from professional clubs in the offseason. Akron did lose top recruit Emmanuel Sabbi to the professional game, but there are still plenty of other freshmen in line for big minutes this fall with the Zips. The Hoyas are in a bit of a rebuild with last season’s defense moving onto the next level. James Marcinkowski and Arun Basuljevic will be the spotlight for the Hoyas.

Jason Wright against Reagan Dunk is a fascinating matchup from a scouting perspective. This is a good look for scouts to see how Dunk and the Denver defense can handle the speed of Wright on a quick surface. Dan Jackson, Denver’s star goalkeepers from last season, has moved into a coaching role with the team, which will put another challenge on the defense to deal with a new voice yelling and organizing the group.

The Huskies travel to Orem for a challenging opener to the season. The Washington staff will be looking at the freshmen group to see which players step up to the occasion especially in this difficult road game. Elijah Rice and Handwalla Bwana are two players to watch for Washington. Utah Valley has quickly improved with each season and the fanbase in Orem is eager for a big win in the opening game. The atmosphere at this one should be among the best from the opening weekend.