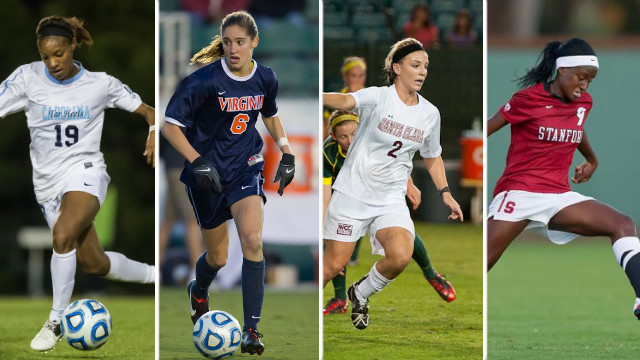 With the Division I women’s college soccer season around the corner, programs around the country are gearing up for preseason preparations for what should be another exciting campaign.

Since North Carolina captured the national championship at the end of the 2012 season, scores of players are no doubt eager to kick things off and chase another championship.

There’s little doubt that the women’s game is ripe with talent this fall, and that is reflected in the TopDrawerSoccer.com Preseason Best XI teams. Led by three players who all appeared for the full U.S. Women’s National Team in 2013 (Morgan Brian, Crystal Dunn and Julie Johnston), here’s a look at the teams, including the Best XI for rising freshmen: