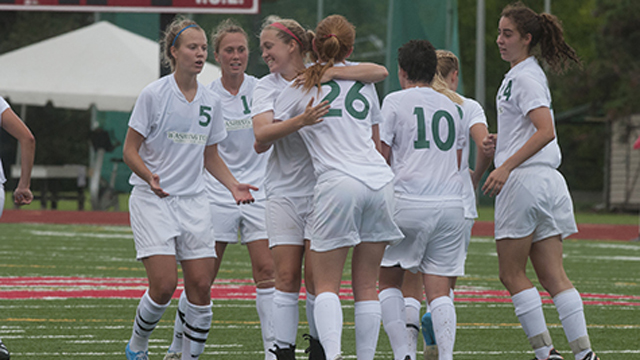 Division III soccer is off and running after play across the country opened over the weekend. While Messiah opened up its chase for repeat men's and women's national titles, a horde of other teams were looking for quick starts to the season. Here are a few juicy story lines from the opening weekend. 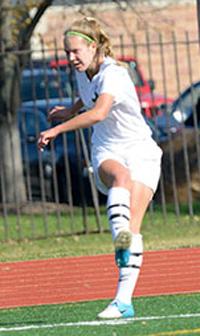 The Falcons soared into 2013 with confidence galore, and both the top-ranked men's and women's teams are off to bang-up starts. Both sides swept their opening weekend contests to open the season 2-0 and get their title defenses started smartly.

Nikki Elsaesser scored three goals in two games to lead the women to 2-0 wins over Alma and Scranton. She scored both of Messiah's tallies in the win over Scranton, while the defense held both teams to just three combined shots. The men, meanwhile, gave up an early goal to Utica before storming back for a 2-1 win in the opener to shut down the upset watch. That paved the road for a 4-0 blasting of Medaille College for a 2-0 start. Benji Kennel scored the late game-winner against Utica and then picked up another tally against Medaille to lead the team with a pair of goals in as many games.

Washington (Mo.) women off to a bone-crushing start

Few teams in the country were quite as dominant as Washington (Mo.) over the weekend. The fourth-ranked Bears traveled to Memphis to face off against Rhodes College and Mississippi College, and they left a trail of carnage in their wake. They opened with a 7-0 win over Rhodes and then polished the weekend with a 5-0 dusting of Mississippi College. Perhaps the most remarkable thing about the Bears' weekend was the balance they displayed across the board. Seven players scored over the pair of games, led by three from Katie Chandler and two from Lillie Toaspern. Washington peppered its foes with a total of 33 shots over the weekend, a sure sign that, with 12 goals already on the board, the Bears are roaring to life early in 2013.

Lightning brought an early halt to Carnegie Mellon's second game of the weekend, which put even more emphasis on the Tartans' first game of the season. And it was a doozy.

The preseason No. 5 found itself in a dogfight in Erie, Pa. in the season opener against Capital University in the Penn State Behrend Herb Lauffer Tournament. Carnegie Mellon scored twice in the span of 20 seconds in the opening half to stake itself to a 2-0 lead headed into halftime. The fireworks cranked up in the second frame when Capital's Jamie Murray scythed the lead in half less than a minute after intermission. Twelve minutes later, Murray scored again to tie the game and rock the Tartans back on their heels. That set the table for a Lucy Havens header goal in the 84th minute that sent the Tartans home with an emphatic early-season win.

Loras men weather a weekend of lightning and nailbiters

For the most part, the preseason top five was perfect. That didn't include second-ranked Loras, which dropped St. Scholastica 2-1 in its opener before eking out a lightning-shortened 1-1 draw against Wisconsin-Superior. Loras proved itself to be the consummate survivors, with late goals in both games digging out points from losing positions.

In the opener, St. Scholastica scored first, forcing the Duhawks to score twice in the second half. The winning tally came late from Tim van den Bergh in the 79th minute. The second game was even tighter. Wisconsin-Superior got a second-half goal and appeared to be on its way to the win as the game ticked toward extra time. That set the table for Pat Langan, who helped in a Tom Fluegel corner kick to improbably knot the game at 1-1 in the 90th minute. The game only got into the first overtime when lightning brought it to a halt, handing both teams the draw.